Daniel Ricciardo said he had to "swallow his pride" when his McLaren Formula 1 team asked him to move over for team-mate Lando Norris in Imola, but accepted the call was fair.

Norris was the quicker of the two McLaren drivers over the Emilia Romagna Grand Prix weekend but started behind Ricciardo after his best qualifying time was deleted for infringing track limits.

During the opening stages, Ricciardo and Norris were running line astern in fifth and sixth when Norris informed his team over the radio that he still had pace in hand but was unable to use it behind his team-mate.

McLaren agreed to swap positions, which ultimately paid off as Norris moved up to take third while Ricciardo remained in sixth place until the chequered flag.

Ricciardo, who swiftly pulled over for Norris coming out of the Tosa hairpin, said he had to "swallow his pride" letting his team-mate through but admitted he could have no complaints about the team's decision.

"I think that's where I certainly got to swallow my pride," Ricciardo told Sky Sports F1 after the race.

"Honestly, the team were fair enough. They gave me time to try to show my pace.

"There were some laps where I had a bit [of pace] and I could kind of do a decent time and then to be honest, when I did push I did start to kill a bit the right front [tyre].

"I think they gave me the time that was required to show what I had and today it wasn't enough. So yeah, I'm not going to get into any fisticuffs, it was fair enough." 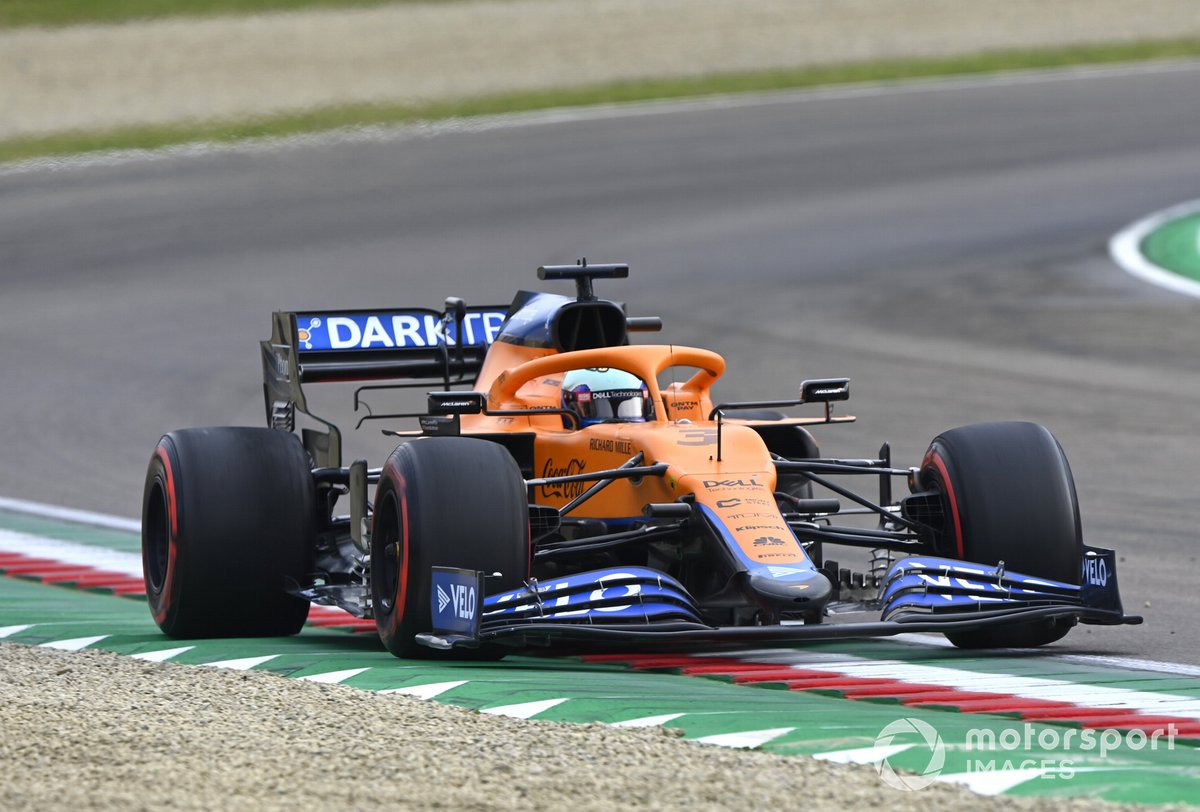 Team principal Andreas Seidl, who praised team newcomer Ricciardo for his composed drive to sixth while some of his colleagues made high-profile mistakes, explained the Woking team's policy to let the faster driver through when necessary.

"We have a clear agreement with both drivers and within the team that we will always make decisions that ensure that we maximise the result for the team," Seidl added.

"We let our drivers race, but let's say if we see that they run into each other on track and if we judge it as one driver having a superior pace at that moment compared to the other driver, we make the decision to swap. That's what we did today.

"In general, we will always make sure for both drivers that in the end these two guys can battle it out on track. But again, if we think in order to maximise the team result a swap makes sense, then we do it."