Fernando Alonso felt humiliated at the start of the 2017 Formula 1 season when he realised Honda had gone backwards over the winter, according to McLaren racing director Eric Boullier

After its abject first season back with Honda in 2015, McLaren improved from ninth to sixth in the '16 constructors' championship and hopes of further progress this year were high.

But Honda's new engine concept proved a retrograde step in both performance and reliability terms.

"As a competitor, he is making his mental preparation over the winter," he told Autosport.

"And he is drawing in his head how the season should be, and that even motivates him more because he tries to stick to his own goals.

"So turning up in Barcelona, and having been backwards in terms of engine performance, it is a mix of sadness, humiliation and frustration. It is not good." 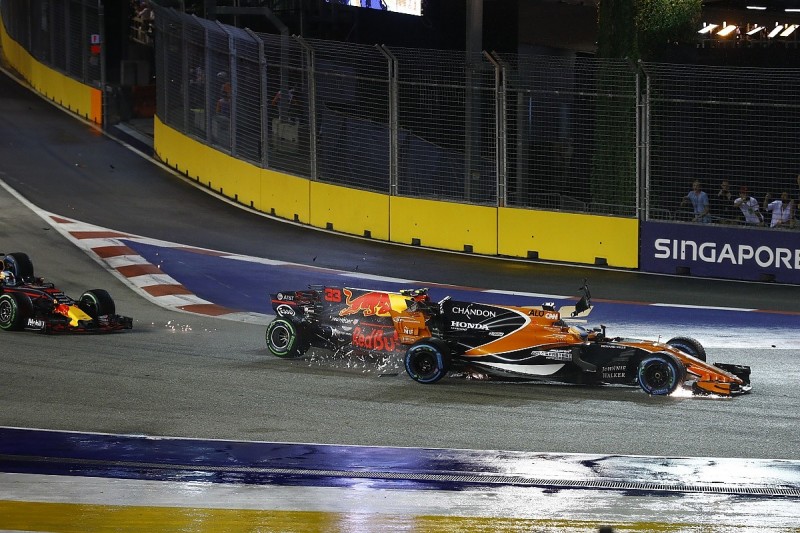 Alonso famously admitted that he punched a hole in the wall of his room in McLaren's facility when he was taken out of the Singapore Grand Prix at the first corner of what looked set to be his most competitive race of the season.

"Sometime he has to express his frustration, but he has been like in the past even winning races," Boullier said of the Singapore incident.

"He is so tense after a race. It was the same [in Singapore].

"And I think if he wins he will also punch a wall."

Boullier believes Alonso will raise his game even further if McLaren can become a frontrunner again, as it hopes to with Renault power in 2018.

"I always compare him to a shark. When he can sense the blood, he goes straight there," said Boullier.

"And that is why if he feels he can be on the podium or competitive enough to be there, he will not give up one inch to anybody

"So the pressure on the team will be there but it is a good pressure."