The Ferrari 500 carried Alberto Ascari to the marque's first Formula 1 drivers' title in 1952, although it was actually a Formula 2 car

This makes it a key car in Ferrari's journey to becoming the most successful constructor in F1 world championship history, taking the first of the team's combined total of 31 drivers' and constructors' titles.

Enzo Ferrari was conflicted when F1 stuttered and almost died in 1952, because he felt a lingering tug of affection for the departed Alfa Romeo and its potent supercharged F1 cars, whose design he had championed while working for Alfa in the 1930s.

But he got over it well enough, for motor racing's loss would be his gain: in the absence of enough decent F1 cars to populate grids, world championship races were open solely to F2 machines for 1952-53. And Ferrari already had a basic F2 car ready to go.

There was nothing particularly big or clever about the Ferrari 500. It was simply a reworked version of the Scuderia's previous F2 car: a ladder chassis with transverse leaf springs up front and a De Dion axle at the rear, now located by trailing arms, but with a simpler and much more effective engine.

Gioacchino Colombo's V12 architecture would remain a mainstay of the Ferrari range for years to come, but in dainty two-litre form it had been well beaten in F2.

Consequently, Ferrari directed his new chief engineer, Aurelio Lampredi, to design a four-cylinder twin-cam engine as an alternative. It was competitive from the off. 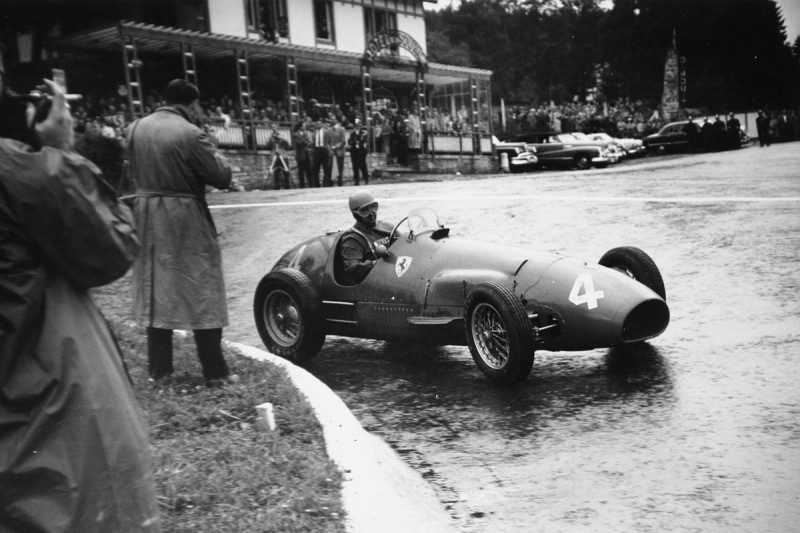 Piero Taruffi won the first of the world championship rounds for Ferrari, but thereafter it was Alberto Ascari all the way - apart from at the Indianapolis 500, which Ascari nevertheless had a crack at in a V12 car based on the 1951 F1 chassis.

The anomalous Indianapolis rounds apart, a Ferrari 500 won every world championship grand prix from May 1952, until Maserati racer Juan Manuel Fangio broke its run at Monza on September 13 1953.

A Ferrari feature showcasing some of the famous Italian marque's cars, including the Ferrari 488 GTE and the Ferrari FXX-K Evo, will be the main feature at Autosport International in 2018, held on January 11-14. For ticket information, click here