Alex Albon believes his drive to 11th place at Imola was just as good as his charge into the Formula 1 points for Williams in Australia two weeks earlier.

Albon was sidelined by a brake issue in qualifying on Friday, forcing him to start at the back of the field for the sprint race where he could only move up to 18th.

But after Williams rolled the dice by making him one of the first drivers to switch from intermediate to slick tyres in the race, Albon was able to rise up to 12th, having also passed Pierre Gasly on-track.

Albon spent the remainder of the race soaking up pressure from Gasly and Mercedes' Lewis Hamilton behind, and once Esteban Ocon's five-second time penalty for an unsafe release was applied, he was classified 11th.

Although he narrowly missed out on repeating his run to 10th at the Australian Grand Prix, Albon felt the performance had been just as good.

"Honestly, I was really happy with it, it felt like it was just as good as Melbourne for me," Albon said after the race.

"We maximised what we could do. We overtook some cars on-track with pace, and then they were quicker than us, and we held off.

"We obviously have a low downforce configuration for this weekend, which is not fun for the others, but for us, it kept us in front." 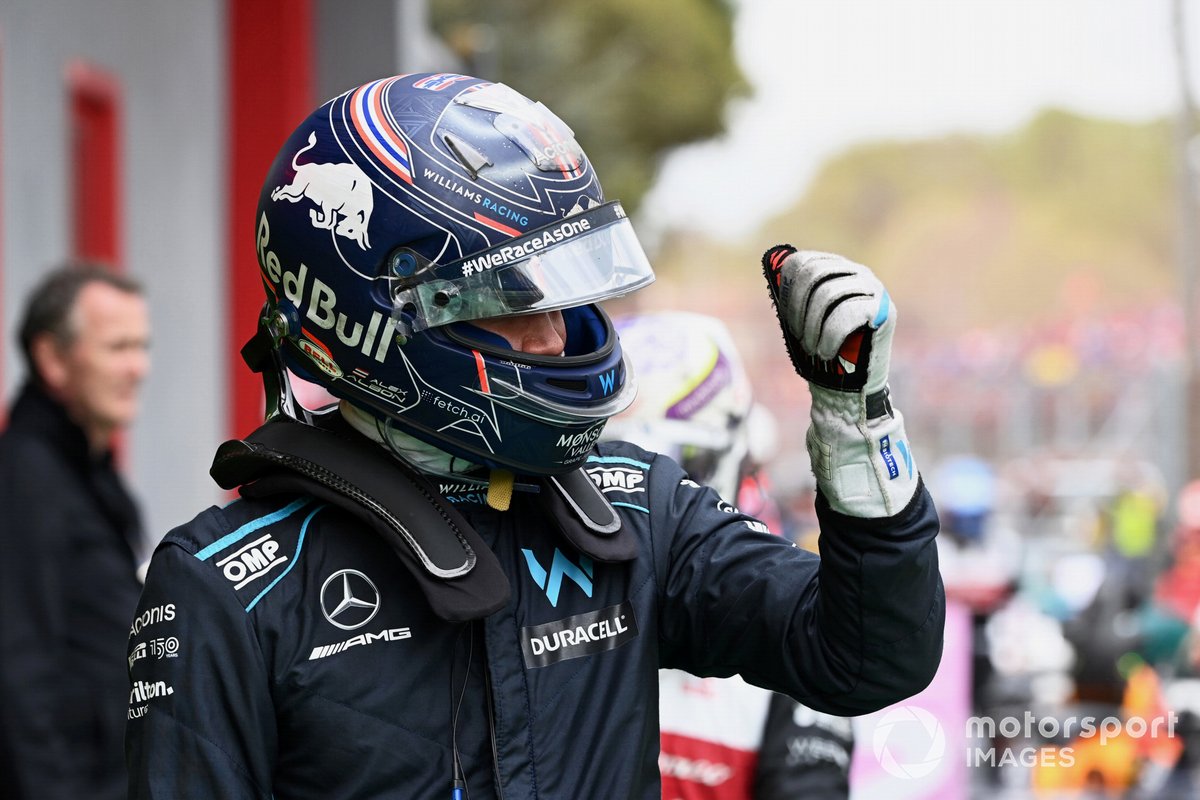 Williams has struggled to fight regularly with the midfield teams so far this season, but Albon felt it could try and make up for that with out-of-the-box thinking like the low-drag set-up.

"It's things like that, we don't have the fastest car out there, but we make the most of our opportunities," Albon said.

"I feel like it's a shame we missed out on points by one position, but it just shows you we are taking opportunities and we're doing things different, and we almost made it work again."

Albon had Gasly and Hamilton tailing him closely for the final two-thirds of the race, and initially was protected by the time it took for race director Niels Wittich to activate DRS.

Once DRS came online, Albon was still able to keep ahead due to the strong straight-line speed of the Williams, which left Hamilton feeling like a "sitting duck".

"I was wanting [DRS] to come in earlier," Albon said.

"We had six or seven laps where I was a lot quicker than the cars in front, and I knew with our downforce level, we could overtake these cars straightaway with DRS.

"I was a bit frustrated that it took so long to come in. But obviously once it did come in, I was wishing it didn't come in!"