An expansion of sprint events for 2023 is one of the key items on the agenda of today's Formula 1 Commission meeting in London.

The original plan was an increase from the three staged in 2021 to six this season, but that was derailed by a debate over the financial implications amid a tighter budget cap. As a result, there will again be three sprints this year, with last weekend's Imola event to be followed by Austria and Brazil.

While plans to run sprints in Bahrain, Canada and the Netherlands were dropped, six remains the target for 2023, and that's what F1 bosses Stefano Domenicali and Ross Brawn will be pushing for today. The timing is fortunate for them, as Saturday's Imola sprint was generally well-received and provided a reminder of the positives of the format.

Brawn was clearly pleased by the way the Imola sprint had unfolded. He remains the biggest supporter of the format, and he's heavily invested in it as a way of reaching new fans – while not alienating existing ones.

"We've always had an objective of trying to get new fans interested in F1," he told Autosport on Sunday morning. "And we're achieving it, I think we're achieving a younger demographic. We're concerned that F1 gets to be an old white man's sport.

"You and I have been in it for donkey's years, but how do we get the new people in, how do we get new fans, how we get fans of all sorts of profile engaged in the sport? And we found from an early stage that sort of bite-sized chunks of F1 would be popular. That's proven to be the case on social media, with streaming services, YouTube compilations, all the rest of it. And that's done its job.

"But we also felt that it can be quite appealing to have a half hour race, lots of action, no strategy, so there's no reason for a fan to have to work out, 'he's done his pit stop on lap 13, he's done his on 17, he's going to have better tyres.' That's fantastic for the people who are really engaged in F1, we don't want to spoil that. 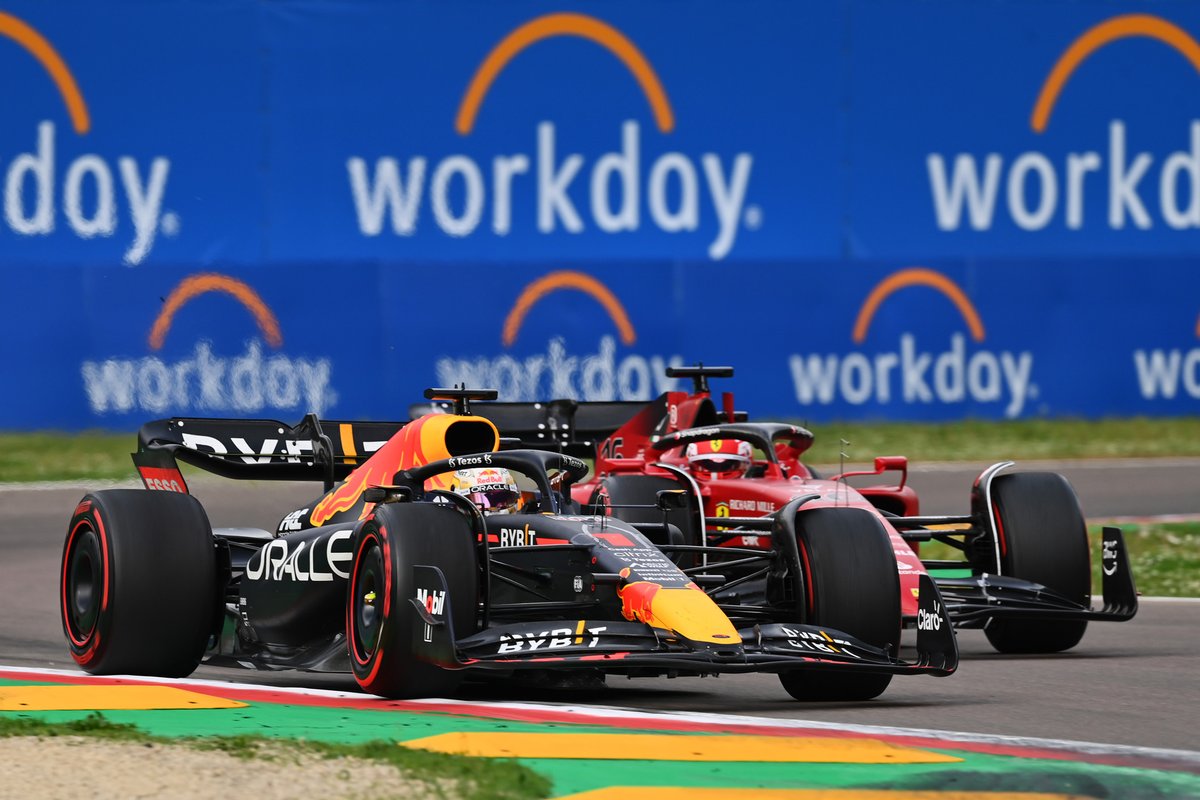 "But for a short race, with no strategy - tyre degradation comes in, but I think everyone understand these tyres wearing out. So that was what we wanted to create, and that's what we're on the path to doing that. Who knows where it will end up?"

Brawn has made it clear from the start that it's not just about the Saturday sprint, but also a more exciting and relevant Friday.

"The other thing it does is it gives us a full weekend," he noted. "Which for a promoter is great. I mean, anything we can do to fill the seats for a promoter, get people watching the TV more often is positive.

"An hour of free practice is enough. I mean, there's no one going for a fast lap. As we saw yesterday, the finishing order in FP2 didn't bear any resemblance to what happened with the sprint."

One controversy from last year was resolved over the winter when it was agreed that the driver who is fastest in Friday qualifying will be regarded by posterity as the pole winner, instead of that honour going to the sprint victor, as was the case in 2021. It made no difference in Imola as Verstappen covered both bases.

However, the biggest change for 2022 is in the points allocation. Last year it was a simple 3-2-1 for the top three, and this season the scoring range has been extended to 8-7-6-5-4-3-2-1 for the top eight, making it altogether more interesting for the midfield runners.

It also means that up to 24 points are up for grabs across the three sprints, just one shy of a grand prix victory. Next year that could double if the expansion plan is approved. 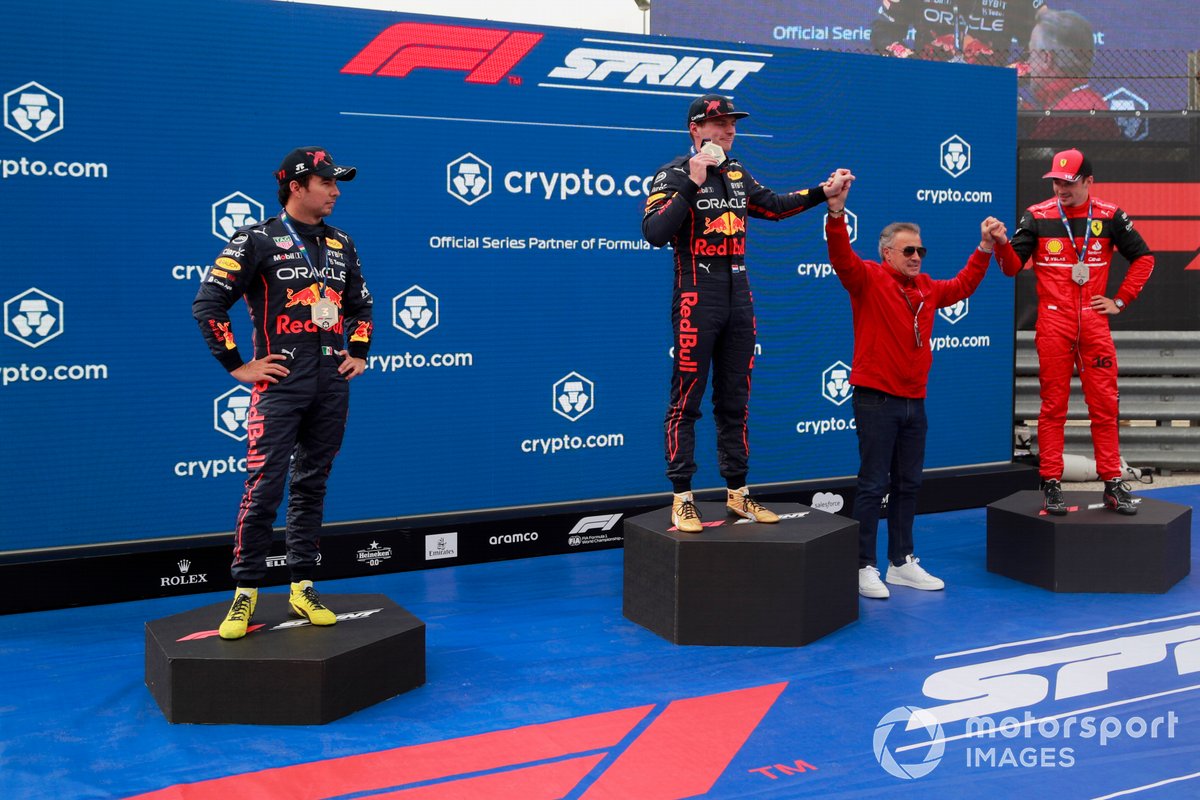 "The first objective is to try to get the teams to go to six," said Brawn. "Six becomes quite a substantial number in terms of even creating a mini sprint award. I'm not saying a championship, because I don't think we should do that, but a mini sprint award, so who is the sprint champion this year? We could then find a commercial partner for the sprint, if it's got enough substance.

"I just think it gives you a very strong addition. We've just got to be so careful, as we don't spoil the main event. And I don't think we're doing that. I mean, that's the evidence so far. I don't think today's race has been cannibalised or spoiled at all by what we did yesterday."

The plan for six events in 2022 fell over mainly in a debate over finances as an extension of the budget cap. As the rules stand, teams are given a $150,000 cost cap allowance per sprint. In other words, for this year's three events they subtract $450,000 from their total season spend.

There's an extra $100,000 for accident damage sustained in a sprint – and Zhou Guanyu's heavy first lap crash on Saturday, which cost Alfa rather more, showed why teams have been pursuing such 'compensation'. Indeed for a big accident there's scope to agree a higher number with the FIA.

Independent of the cost cap issue is the extra revenue that the teams earn as a result of participating in sprint events, which is understood to be $500,000 per weekend. It was frustrating for Brawn that, when discussing six races for 2022, the teams focussed on the numbers rather than what the three extra sprints might have added to the show.

He's confident that this time, it will all be agreed, helped by the fact that as we are talking about next year fewer teams need to back the plans. The problem with 2022 was that the debate drifted into the current season, and thus a greater level of support from the teams was required. 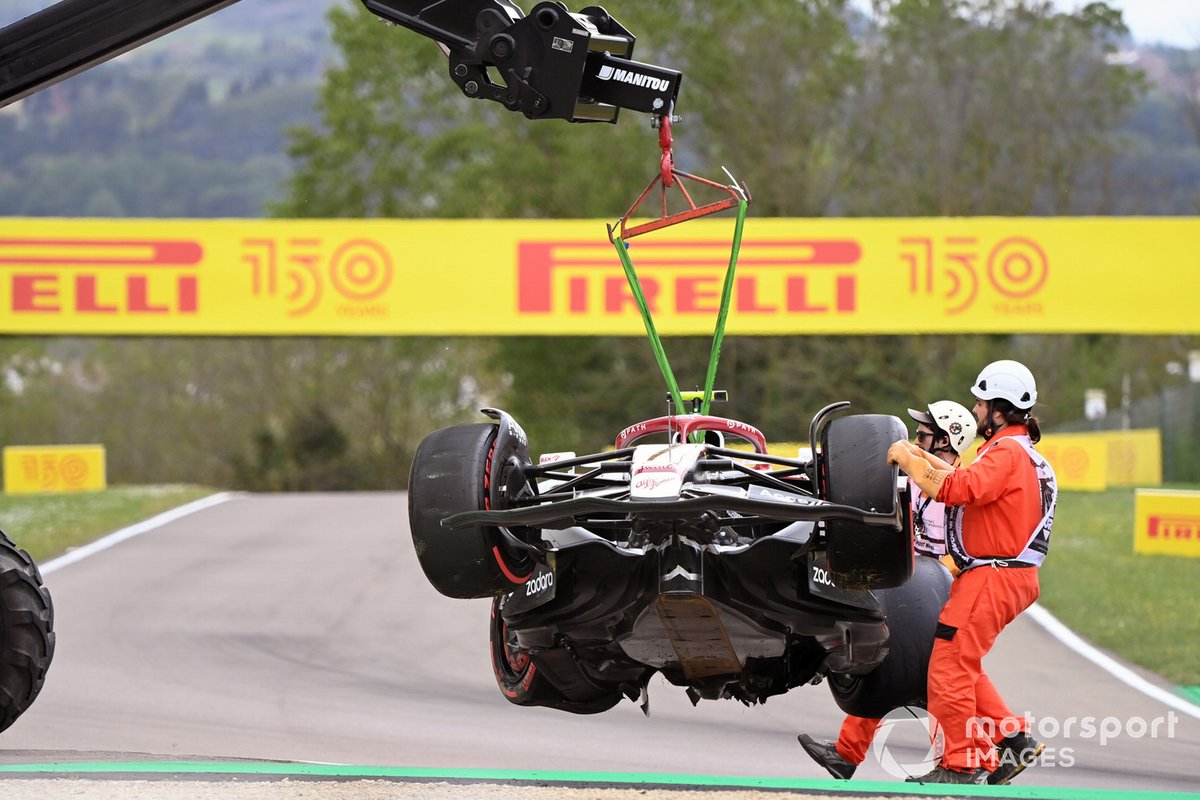 "It's nice if they can see the bigger picture, but it's not really their speciality!" Brawn said. "I've been in the same boat, so I understand. And that's why the governance is what it is.

Certainly Ferrari is among those willing to back an expansion to six events, and possibly also tweaks to the format.