Red Bull says making its RB18 lighter helped it beat Ferrari at Imola, but it feels it still needs a full ‘Weight Watchers’ plan to hit its Formula 1 target.

The Milton Keynes-based team has found its chances against Ferrari in the early part of the season compromised by its car being well over the minimum weight limit – with some suggestions being that it was as much as 10kg too heavy.

The extra weight has not only had a direct impact on lap time – with 10kg equating to around 0.3 seconds per lap – but has also had consequences for tyre degradation.

The squad has worked hard to make its RB18 components more lightweight and a host of changes made for last weekend’s Emilia Romagna Grand Prix appeared to have made a positive impact.

As well as Max Verstappen securing pole position, the sprint win and leading home a 1-2 from Sergio Perez on Sunday, it was the first weekend of the year where Red Bull had better tyre management than Ferrari.

Red Bull motorsport advisor Helmut Marko believed the changes the team had made to the car had helped with the result, but he says the quest to remove even more weight was not finished yet.

“The updates we brought to the track this weekend have all worked well,” he told Autosport.

“The car has lost weight, but we still have work to do in this area. We are still above the minimum weight of the FIA.

“That means we have to work towards that number in several steps. But it's normal. At Weight Watchers, you don't lose all the weight in one time either.” 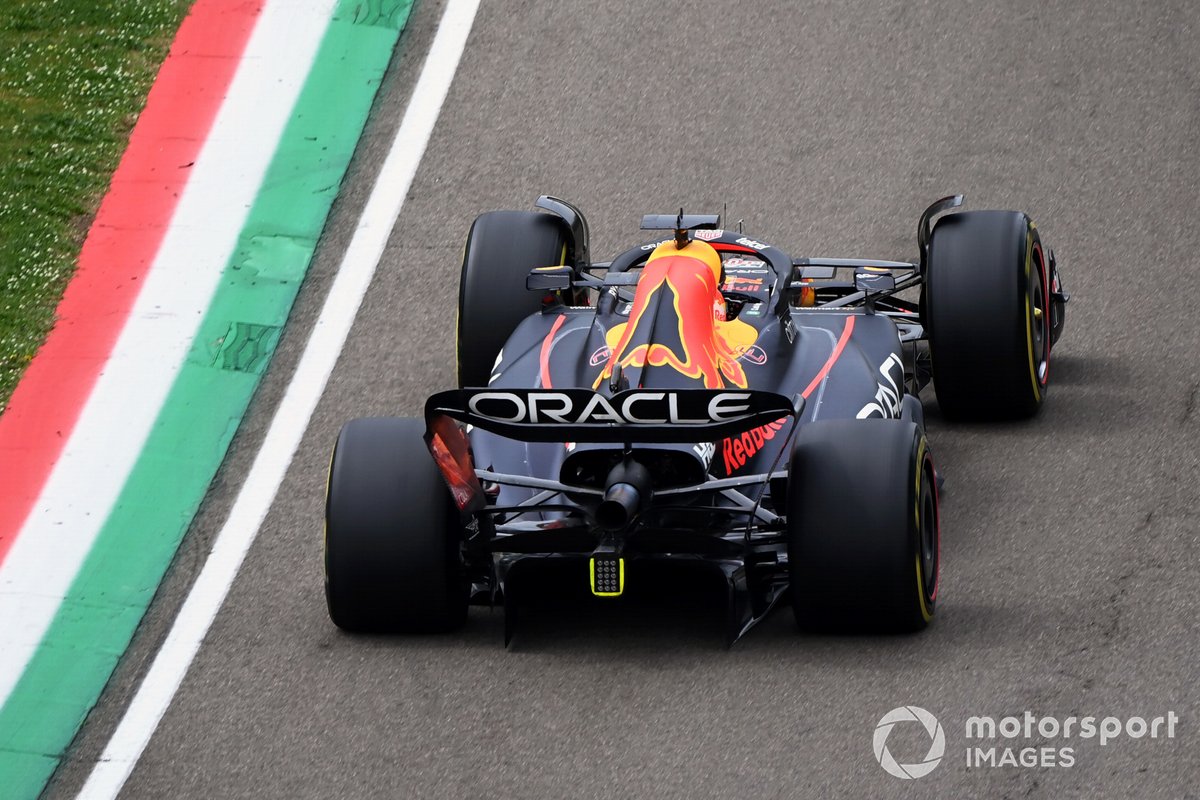 Verstappen himself was not sure how much the weight loss boosted the Imola form, but he said it was obvious the RB18 was better than it had been at the start of the year.

“We brought upgrades but I don't know, of course, how much that actually gave us because of just the hectic weekend with the rain and dry,” he explained.

“It's very difficult to judge, but we definitely were on top of things a bit better than Australia. So, I'm just very pleased with how we executed the whole weekend.

“We were just on top of everything and that's sometimes more important than actually bringing something new. I guess time will tell now in upcoming races how much the upgrades are benefiting us.”

Marko added that the nature of the team’s triumph in Imola was a great lift for the squad after a year where it looked like it could struggle to hold on to Ferrari.

“This weekend is extremely important for morale in our team. We have now proved that we definitely have a competitive package for this year,” he said.

“We were faster than Ferrari here. We got the tyres in the right window and our complete execution, including finding the right balance in the car, was much better this weekend than in Australia. Basically, Ferrari had the issues we had in Australia.”

Norris doubted McLaren would score podium in F1 2022 after Bahrain