Alain Prost: Renault progress may not be seen until 2016 F1 season

A series of power unit failures for the French manufacturer means Red Bull's Daniel Ricciardo and Daniil Kvyat are already on the fourth and final power unit of their allocation after just five races, with 14 still to go.

With reliability proving such a headache, Renault has prioritised getting to the bottom of the issue at the expense of performance, an approach Red Bull boss Christian Horner wants reversed.

But Prost, who is an ambassador for Renault, said: "There is going to be some development.

"Maybe not enough for this year but it's going to be for the next."

Horner, though, remains hopeful of progress this season, although he concedes it may not come until after the summer break.

"From a team point of view we want it as soon as possible," he said.

"Obviously Renault are nervous about reliability, so I think it will certainly be the second half of the year before we see anything significant.

"We're in a difficult situation at the moment because we're a little bit in no­-man's land with the power deficit that we have."

Despite Renault's poor performance since the new 1.6­-litre V6 turbo engine era began last year, Prost does not believe the Renault brand is being damaged. 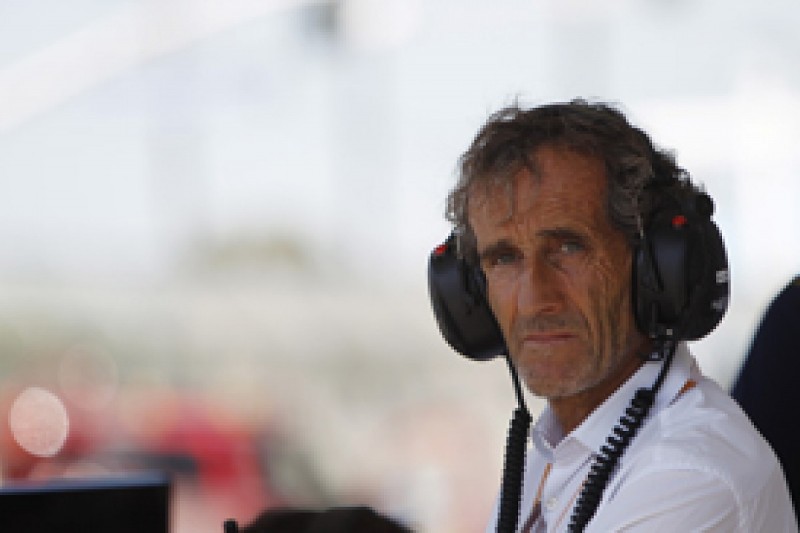 "It cannot be good but I don't think it affects the Renault brand," said the Frenchman.

"You should not forget this happens sometimes in motor racing, you can dominate and then you can lose the domination. You need to accept that.

"Maybe there are a few more problems than expected.

"But the change of regulations was quite big and they were concentrating on the championships before.

"And don't forget the performance of the car is not only the engine but also the chassis.

"It is not only black and white, you can see with performance of Toro Rosso with the same engine."

Honda finalising how to use its F1 engine development tokens