The Formula 1 season is set to start a week earlier next year, with the Australian Grand Prix announcing a provisional mid-March date for 2019

Having run on the fourth weekend of March for the past two years, Melbourne race organisers have locked down the March 14-17 slot for next year - subject to ratification by the World Motor Sport Council, which next meets in October.

It will be the earliest start to the F1 season since the 2015 campaign kicked off with a March 15 race in Melbourne.

The March 16-17 weekend slot for 2019 would give the Albert Park race some clean air in what is the busy month for Melbourne, sitting in between the popular Moomba Festival the weekend before and the start of the Australian Football League season the week afterwards.

The opening round of the AFL season is likely to be the primary motivation behind the date switch, the country's biggest sporting code having kicked off on the same weekend as the F1 season for the past two years. 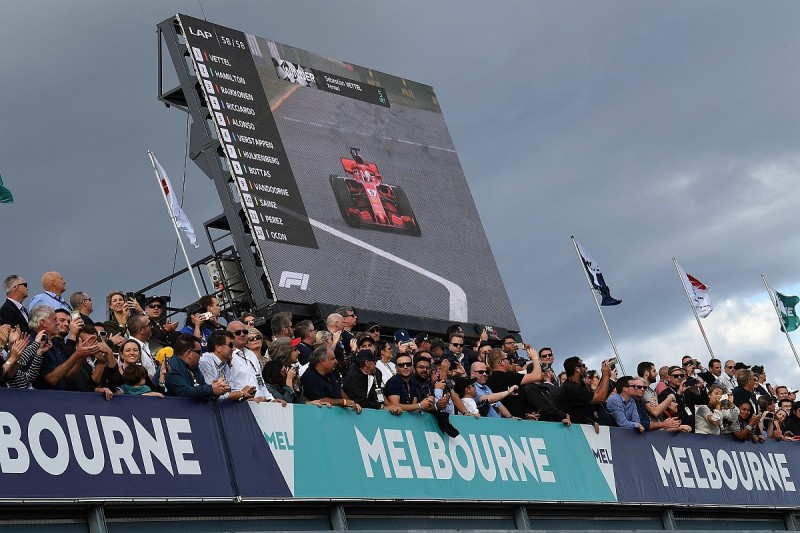 "To announce the Formula 1 Australian Grand Prix 2019 date more than eight months out from the event is fantastic news and we hope this will encourage overseas and interstate visitors to plan for a lengthy visit to Melbourne and Victoria," Westacott said.

"We are immensely proud of the four-day spectacle Melbourne puts on and honoured to raise the curtain on one of the world's most prestigious annual championships.

"The start of an F1 season, our Aussie superstar Daniel Ricciardo, a Supercars championship round and so much off-track action - it's a must-attend event in 2019."

The AGPC reported a four-day crowd of 295,000 at this year's Australian GP.

The date clashes with the Sebring round of the 2018/19 World Endurance Championship, creating a potential problem for Fernando Alonso if he continues in F1 alongside his Toyota LMP1 deal.