Verstappen was squeezed by the Ferrari driver on the run to Turn 4 but retaliated a few corners later with a hard move that included the two cars bumping wheels and ultimately earned Verstappen the win as Mercedes' race imploded.

The 20-year-old came under pressure for a string of clashes early in the season in incidents that Red Bull team principal Christian Horner believes were not that different to Sunday's Austrian GP fight.

"A few races ago that could've been a puncture, and there's a very different story.

"Max obviously has had a tough first third of the year and all credit to him, he's kept his head, the last three races he's been third, second and first with three very impressive drivers."

Horner said the move to pass Raikkonen was "really brave", while Verstappen's father Jos told Autosport said: "This is Max, and we don't want to see him different.

"This will make him great. He just has to fine-tune himself on certain occasions.

"That is what he is doing and for me it is perfect like this." 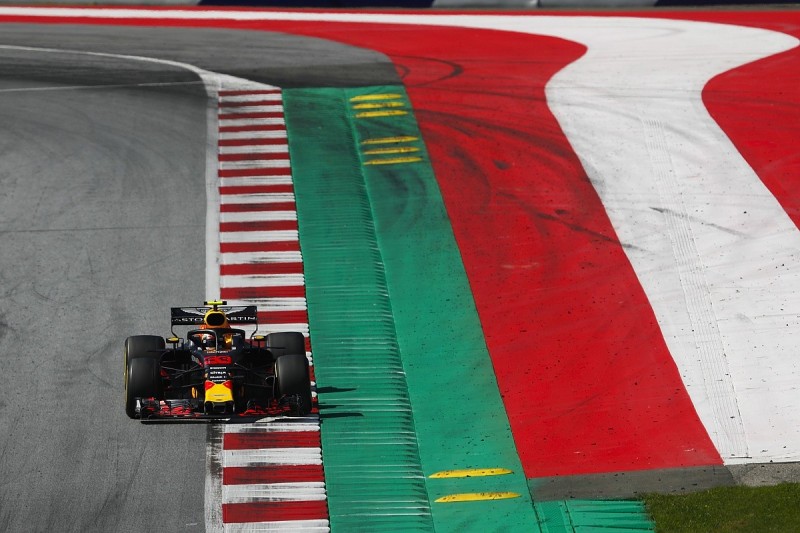 Several other drivers, including Hamilton and Verstappen's team-mate Daniel Ricciardo, suffered major blistering with the rear tyres over the rest of the grand prix.

"Max did a mature job in managing the tyre, particularly through Turns 9 and 10," said Horner.

"It was all about keeping the slip and the temperatures under control, particularly the left rear.

"We could see the start of blisters and he was able to manage that.

"It was a very, very mature drive from him to make sure he had just enough left in the last 5-10 laps.

"Ferrari were probably better than us on tyres and we knew they would come back at us.

"He'd got enough in the tank to see off the challenge to the end of the race."

Ricciardo had a much tougher race and required a second pitstop for fresher tyres before eventually retiring.

Asked by Autosport why Verstappen was so much stronger in that area, Horner replied: "Max has got a great ability to do that. He did it in his first race for us in Barcelona, if you remember.

"[Ricciardo's] race was just more aggressive because he was having to fight hard against the Ferraris, which then just used the rear a little bit more.

"Once you overheat the tyre, then you're in trouble."