Racing Point boss Otmar Szafnauer says Lance Stroll's diagnosis that he lacked coronavirus symptoms at Formula 1's Eifel Grand Prix was made over the phone by his personal doctor.

The Canadian driver had been taken unwell with an upset stomach ahead of the Nurburgring weekend, and his condition deteriorated on the Saturday when he was unable to drive.

But Stroll and the team were satisfied that he was not suffering from COVID-19, so he did not take a test until he returned home to Switzerland.

It was there that it was discovered he had been infected with the virus.

The Stroll situation has caused some controversy and exposed potential gaps in the strict protocols that have been laid down by F1 and the FIA.

Speaking on Thursday about why Stroll was not tested as a precaution at the Nurburgring, Szafnauer said that the team was comfortable with the situation after a run of negative tests ahead of the race weekend, plus the driver's personal doctor having ruled out coronavirus.

"He had a stomach upset, and he's had it consistently," explained Szafnauer.

"And one thing that Lance did is he called his doctor. So what should I do? Right?

"So instead of listening to Otmar, he called his doctor. I'm not a physician.

"He's Lance's private physician in Switzerland....it was a phone call. And it was the same guy Lance saw after Russia. So, you know, he's got a stomach upset after Russia, we test him a couple of times.

"Lance went and saw the doctor in Switzerland, so called him." 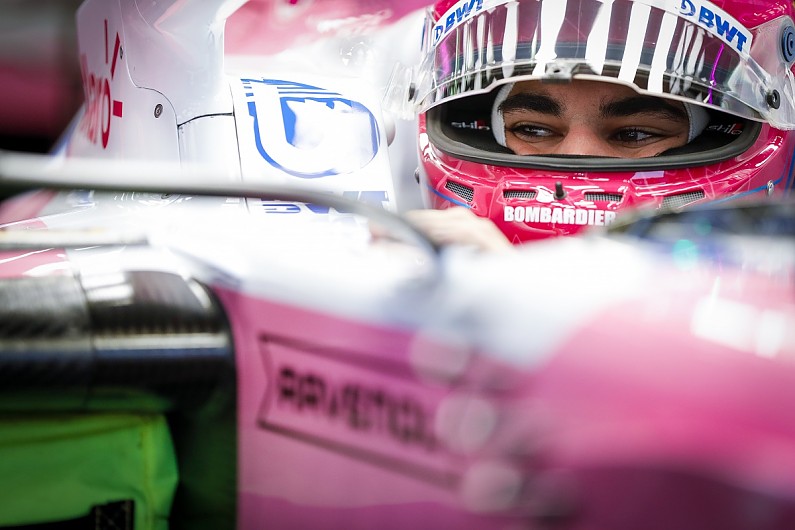 Szafnauer said the doctor's verdict left the team assured that it did not need to test Stroll nor any of its racing staff as a precaution.

"Hindsight is a wonderful thing, but let's not forget, he tested pre-event negative," he added. "He tested twice post-Russia negative. The symptoms were there post-Russia.

"Now that he had a test on Sunday, and it came back positive, yes, you could look in hindsight. But you've got to remember at the time, with the information we had, it was unnecessary. It didn't even come into my mind: go do a test."

Szafnauer also denied any suggestions his outfit was not taking the safety protocols seriously.

"I test every employee twice a week at the factory. We have done more than 15,000 tests. We've had six positives.

"We test, and take this virus more seriously than anybody. We test all of our staff upon arrival from a GP, so they have the peace of mind when they go home, that they didn't pick anything up. We're the only ones that do that: nobody else."

The FIA has altered its COVID-19 protocols from the Portuguese Grand Prix, with anyone wanting to enter the paddock now required to have a negative test result at least 24 hours before being allowed in.

Szafnauer said that despite being caught out by the Stroll situation, there was little more he felt Racing Point could do.

"I think with what we do at Racing Point and with the change the FIA made, I'm not going to do anything else," he said. "There's nothing else to do.

"Like I said, I test everyone before coming back [from a race] and if you come into the factory it's twice a week: Tuesday and Friday."