© 2020 Autosport.  All rights reserved.
Previous / Vettel: Ferrari is a "handful" to drive at Monza
Next / Gasly: "No idea" where AlphaTauri pace came from

The Formula 1 action continues with the middle leg of the latest triple-header at Monza for the Italian Grand Prix. Here's how to watch qualifying.

With the introduction of the ban on engine 'party modes' kicking in this weekend, an even greater interest is being focused on how it could, if at all, shake-up the qualifying pecking order this weekend.

Despite an intermittent engine issue during FP2, Lando Norris surged to third place on the timesheet for McLaren to push AlphaTauri's Pierre Gasly into fourth place, with the French driver continuing to impress this season.

Max Verstappen could only manage fifth for Red Bull but ahead of Carlos Sainz Jr and Daniil Kvyat, with Lance Stroll leading the Racing Point charge in eighth place.

Ferrari continued to underwhelm with Charles Leclerc only ninth and team-mate Sebastian Vettel in 12th place in FP2, while both drivers endured hairy moments at the Lesmos struggling with the handling of the SF1000.

Last year's Q3 session in qualifying at Monza became farcical when the top 10 slowed waiting for a tow and effectively missed the opportunity to start a final timed lap, and fears of that "nightmare" repeating struck with drivers producing slow cooldown laps during practice.

This weekend also marks an end of an era at Williams, as the Williams family steps down from the team to be replaced by a new management structure after the Italian GP.

While Renault isn't changing its management, it could be set to rebrand its F1 team as part of a push for the Alpine brand by the company's CEO Luca de Meo. 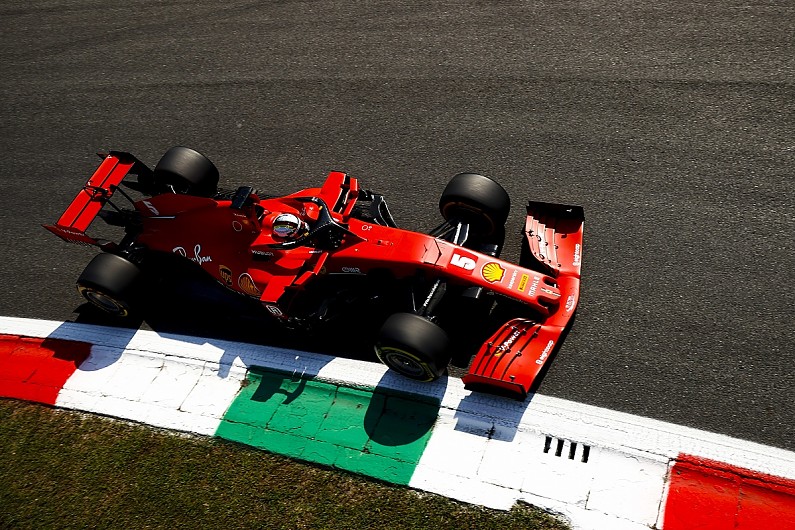 What time does qualifying for the Italian Grand Prix start?

Channel 4 is broadcasting highlights of qualifying for the Italian GP at 7:30pm BST. Autosport will be running a live text coverage of qualifying.

What's the weather forecast for qualifying at Monza?

Sunny and dry conditions are forecast throughout Saturday at Monza with a minimal chance of rain. Temperatures are expected to hit highs of 28 degrees Celsius, which is set to be the same temperature FP2 was held in.

Share this article on Facebook Twitter LinkedIn Email
Previous / Vettel: Ferrari is a "handful" to drive at Monza
Next / Gasly: "No idea" where AlphaTauri pace came from
© 2020 Autosport