During the cut-and-thrust of the Spanish Grand Prix build-up, it emerged that the FIA and Formula 1 was planning to mandate just a single engine mode per race weekend.

Specifically, the ban on multiple engine modes appears to be a bid to dilute the significant advantage Mercedes has in qualifying, in which it is able to turn up the engine in order to benefit from the latent pace that the Brixworth-designed power unit has.

There are several other loopholes that the new rule, issued in the form of a technical directive, aims to close to quell the mixture of engine modes that the teams commonly employ through a grand prix weekend.

Originally planned for the Belgian Grand Prix at Spa-Francorchamps, the FIA has agreed to move the official introduction of the single-mode rule to Monza's Italian GP, and means that manufacturers must offer the same engine modes for both qualifying and the race.

Here, we will answer the most frequently asked questions over engine modes, the etymology of "party mode" and what it means for F1 going forward. 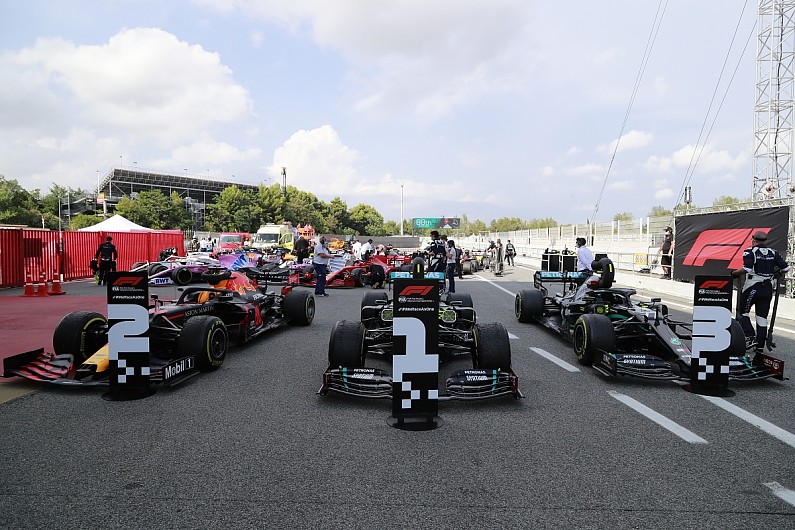 What is an engine party mode?

When we talk about "party mode", we commonly refer to the qualifying modes that the engines employ on a Saturday to derive the best lap time. A power unit includes the internal combustion engine and all of the other components such as the turbocharger, the MGU-K (which recovers energy from the car under braking) and the MGU-H (which recovers wasted energy from the turbocharger).

These all operate on engine maps, which are the different software settings that change how the power unit components are employed. Each engine map has a different situational use, from maximising top speed to maximising energy harvesting on a lap and can be changed by the driver on the steering wheel. 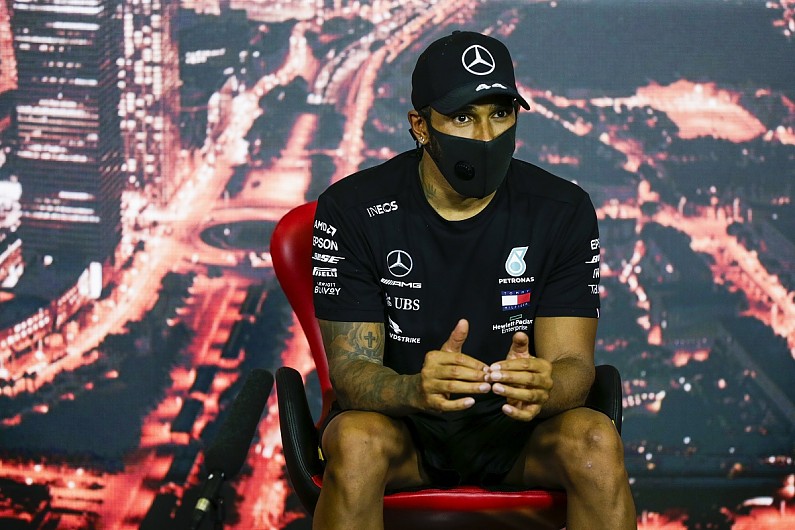 Why is it called engine party mode?

Back at the start of 2018, when Mercedes had been able to develop a particularly potent engine mode for qualifying trim, Lewis Hamilton suggested that the new setting that the team had available should be labelled "party mode".

"Our quali mode is the most fun mode - it should be the 'party' mode," he said at the time. "It is the most power and has the most juice, and it's when we hit the highest speeds."

This came as the engine allowance was cut from four power units per season to three, but Mercedes had sufficiently upped the reliability of its powertrain to enable the team to turn the wick up in qualifying and benefit from a huge advantage over its rivals.

Hamilton later speculated that Ferrari had a "jet mode" for its power unit in 2019, which turned out to be a result of the Italian team's circumvention of the fuel flow regulations last year.

After a pair of technical directives were introduced at the tail end of last season, this has significantly neutered Ferrari's qualifying performances and the team has struggled to recapture its form from last year. 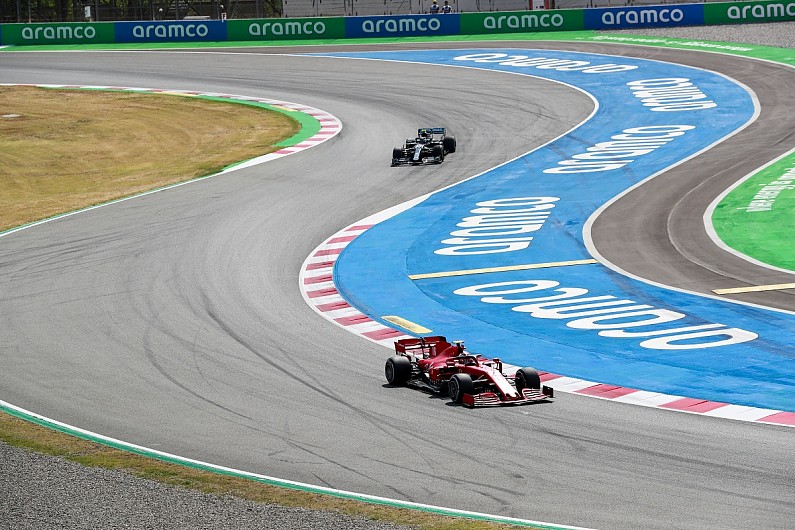 When do teams use engine party modes?

As mentioned, "party modes" are usually restricted to qualifying. In qualifying, F1 cars run in arguably their purest form as rapid, one-lap monsters, and both teams and drivers must extract every last drop of performance from their hot laps to get the best starting position possible.

On an all-out qualifying lap, the trick is to use the full gamut of power available. This means that using a full battery of energy generated by the MGU-H and MGU-K is common, with a minimum of energy harvesting from the braking system and turbocharger. The fuel consumption is also raised to use the maximum of power available, as more fuel used increases the amount of energy produced by the combustion within the engine.

Within the race, the focus is on balancing speed with energy harvesting, fuel management and reliability, and so the engine modes available for Sunday must take all of those aspects into account. The engines run at lower revs, and the drivers must also balance the energy recovery with the ERS deployment over the lap to further minimise the fuel used over the course of the race.

The maximum fuel available on board an F1 car is 110kg, while the power unit can use no more than 100kg/h of fuel. Engines in race trim do not tend to run to that limit to save fuel over a race and, due to the efficiency of the power units in modern F1, can underfuel to save weight and improve the responsiveness of the car. 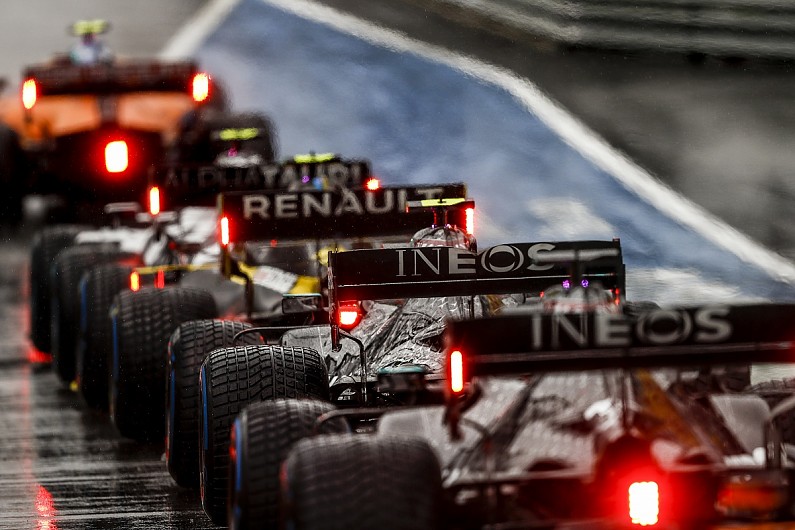 Why are engine party modes being banned?

On the face of it, it appears to be a decision by the FIA to close the field up in qualifying; in 2020 so far, only Mercedes drivers have managed to secure a pole position, and reducing the power advantage should arguably mix things up on a Saturday as the lap time differences between the cars are reduced.

But the FIA technical directive also explains that the limitation to one engine mode - barring slow laps - will stop manufacturers from exploiting the regulations allowing developments citing reliability issues to improve the performance of the engine.

The FIA, through its technical directive, states that "we believe that in many cases reliability issues are inevitable consequences of running the PU outside of its reliable operational limits in some moments of an event, and such reliability requests are in fact an indirect means of allowing more of the higher performance modes to be used during the life of a PU.

It is also to support the rule that only permits drivers to race "alone and unaided" by the pitwall. Currently, the pitwall is able to direct drivers which engine modes to put the car into throughout the course of a race, and the FIA wanted to stop each teams' technical figures from dictating commands to the drivers.

It also underpins a regulation introduced in the past couple of years, in which manufacturers must supply the same specification of power unit to all teams, including customers, and therefore restricts the use of any 'special' engine modes that a works team may have available to it.

This was intended for the Belgian Grand Prix, but after a request from Mercedes and Honda, this was pushed back by a week to allow the manufacturers more time to perfect the solitary engine modes allowed. 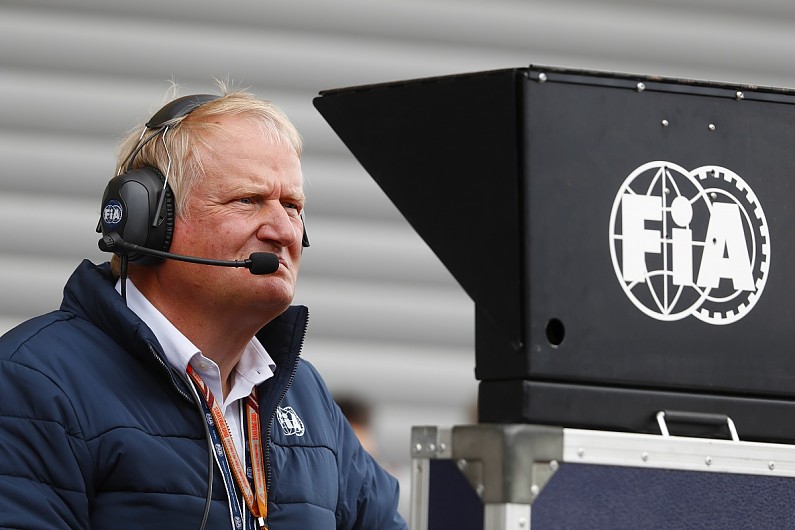 How will the FIA govern the engine party mode ban?

Having a single engine mode will do most of the work for the FIA, and any requests for engine data will allow its technical team to assess whether teams have strayed away from the mode selected for each race.

Teams will be allowed to run different engine modes for in and out-laps in qualifying where the power units need to harvest energy, and will also allow different modes for laps run under the safety car, the formation laps and the lap after the chequered flag.

There will also be permitted changes during the race if the team detects an engine problem, but the team must report those problems to the FIA and prove that the power unit has an issue.

Although the teams also retain use of the overtake button, this must only affect the energy deployment and have no effect on the way that the internal combustion engine runs.

Any potential circumvention of the new rules governing engine modes will be reported to the stewards, who will investigate with the data that the teams must provide in that situation. 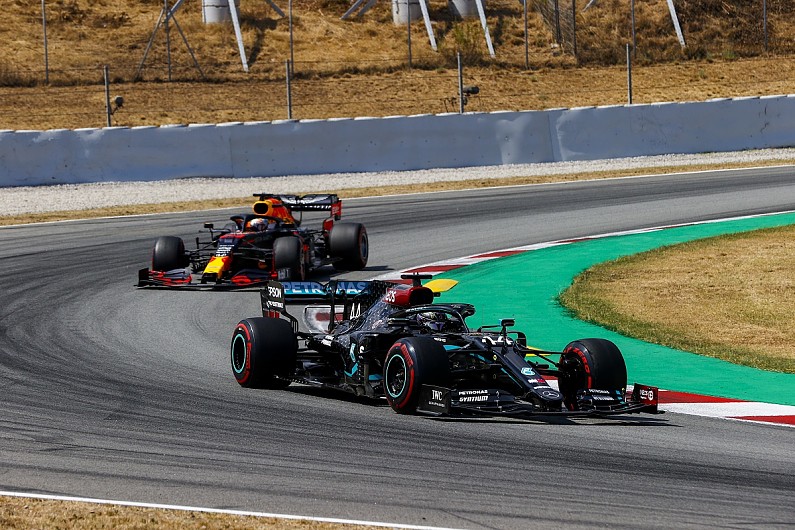 Who will the ban impact most?

Mercedes is most obviously affected, but it is also understood that Honda has a particularly strong qualifying mode. This means that the Mercedes, Racing Point, Williams, Red Bull and AlphaTauri teams will be most hindered on Saturdays by the new ruling.

But that isn't to say that Renault and Ferrari will be unaffected, as it means that both manufacturers will have to settle on a single race mode that offers the best performance in both qualifying and the race.

It may be the case that the teams most pegged back in qualifying may be able to even that out with a stronger engine mode in the races.

Mercedes team principal Toto Wolff said in light of the new rules, the ban on party modes may give the team more in hand as the engine is less stressed by running at full capacity in qualifying.

"We struggled in some of the races where we were quite limited in powerful engine modes, and if Formula 1 were to ban, in-season, certain power unit modes, then I think it will actually help us in the race.

"If you can avoid to damage your power unit in those few qualifying laps that you have available, in Q3 and then the odd lap in the race, the damage metrics goes down dramatically.

"You must take into effect even if it may hurt us more in qualifying, which I'm not sure, and it's a couple of tenths, then it will hurt all the others in the same way.

"But for us, we are always very marginal on what we can extract from the power unit, and if we were to be limited in qualifying modes, then well, we will be stronger in the race." 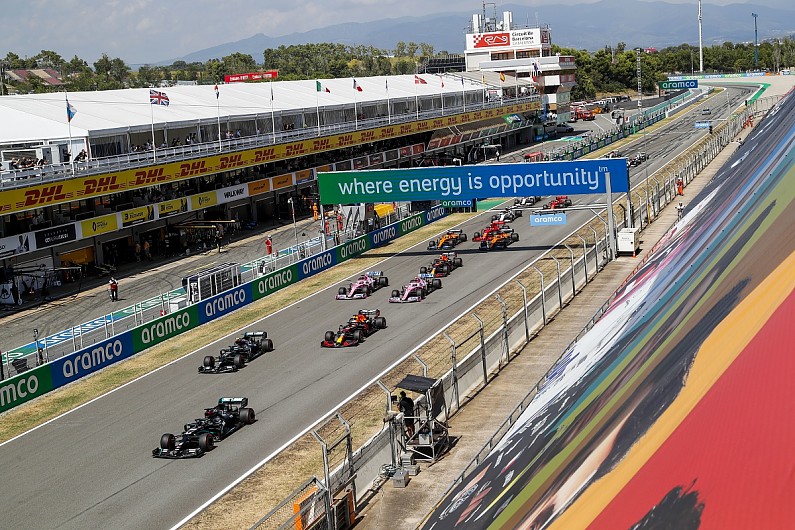 Will F1 cars be slower due to the engine party mode ban?

Yes and no. The dynamite lap times seen in qualifying may lose a few tenths but, as Wolff suggested, this may allow teams to turn up the engine modes for the races with fewer reliability concerns.

This means that the drivers could have potentially more in hand on Sundays, meaning that the cars with the most powerful engines would be able to carve through the field with a little more ease.

We won't see the true effects until the Italian Grand Prix and, with the brainpower of the engineers available to F1 teams, each manufacturer will be trying to minimise the effect of the single-mode engine rule across the weekend.