© 2020 Autosport.  All rights reserved.
Previous / Vettel: F1 has "mountain to climb" to exist in 10 years
Next / Ferrari can recover engine performance, says Sainz

From this weekend's Italian Grand Prix, F1 teams will no longer be allowed to run special engine modes in qualifying that help deliver them a single-lap power boost.

Instead, teams will be forced to run pretty much the same modes in qualifying and the races.

While it is widely accepted that Mercedes has the most power available in qualifying - with estimates putting its advantage over Honda and Renault at around 28hp - there is some scepticism about the changes slowing the team enough to stop it locking out the front of the grid.

There are even some suggestions the change in engine usage will instead allow Mercedes to run with more power in the races, so it will now just stretch the advantage it has over rivals on Sunday.

Marko sees things differently, though, and reckons the changes will allow Red Bull to get closer and stop Mercedes having a big edge in important phases of the race.

"That Mercedes can drive longer with a strong mode may well be the case", Marko told Autosport in an exclusive interview.

"But as we see it, the blatant superiority in qualifying will no longer be there. This also applies to the in and out laps around the pit stops in the race.

"[Valtteri] Bottas suggests that there will be less overtaking, but that means they've been going at full throttle on every overtaking manoeuvre so far.

"We believe that this will bring us closer. And if everything goes well, our race pace was pretty good anyway."

While some do not believe the lack of a party mode will change the order on Saturday, Marko is in no doubt about the advantage that Mercedes will lose.

"If you look at Q1 and Q2, we are relatively equal," he said about the battle between Mercedes and Red Bull-Honda.

"Only in Q3 it suddenly goes bang. That means the difference between the modes is significant. But it's hard to say exactly how much that is". 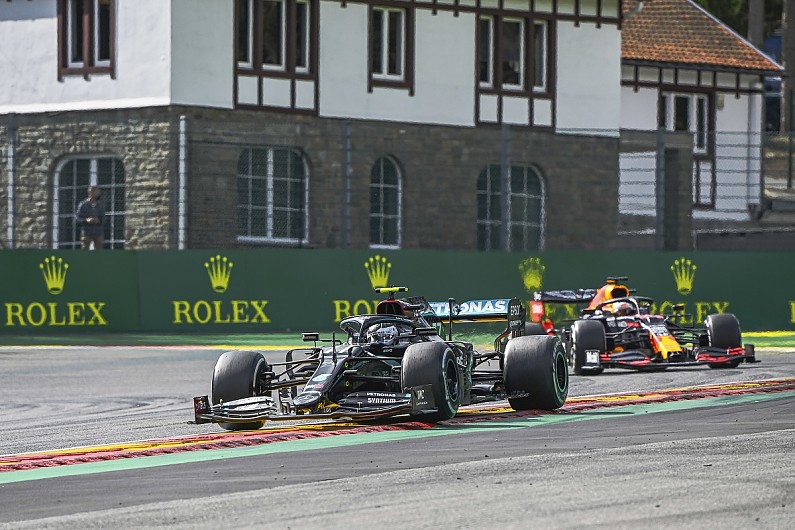 PLUS: Why the end of 'party mode' won't crash Mercedes' festivities

Marko also reckons the change could hinder rival Renault too, whose qualifying engine mode has put it on a par with Honda this year.

"Renault has a relatively good qualifying mode," he explained.

"But in the race they are weaker than us.

"In qualifying Renault is at our level or slightly above it. In the race we are clearly number two in terms of engine power behind Mercedes."

Marko says one factor that has not been considered about Mercedes having access to more power in the race now is that running that way could push them over the limit in terms of fuel consumption.

"[We are] positive that the new technical directive brings us closer," he added.

"After all, it's not just that they can drive in a stronger mode for so long now. Fuel consumption also plays a role.

"The consumption is limited. If you drive too long in a too strong mode, you need too much fuel. There are several factors.

"We didn't have a race this year where fuel consumption was critical for us.

"Of course we have lift and coast again and again, but that was not decisive for race performance.