Ross Brawn thinks it would have been wrong for Formula 1 to have wasted the opportunity it had to race on Bahrain's 'almost oval' outer loop this year.

Following months of evaluation, F1 announced on Friday that the second Bahrain race in December will take place on the unique outer loop layout one week after it uses the regular track.

The shorter circuit - which features three straights and a flowing upper section - is very different to other venues on the calendar and its addition has already been welcomed by fans and F1 figures.

Speaking exclusively to Autosport at the Belgian Grand Prix, F1's managing director of motorsport Brawn said amidst the unprecedented circumstances thrown at F1 this year, the series' chiefs felt strongly that it should do something different rather than take the easy option of a second Bahrain race on the same layout.

"It would have been easier to do nothing new," explained Brawn.

"But we felt strongly that we had the track and the opportunity to do this.

"Ultimately we are here for the fans and to put on a great spectacle.

"We believe a different layout one week after the first race is an exciting thing for our fans and will add extra intrigue ahead of the race."

With Bahrain being the only venue on the F1 schedule that has alternative layouts homologated to F1 standards, Brawn said the decision to go with the outer loop was based on the prospects of it producing an exciting race.

"We considered all the options and came to the conclusion the outer track provided a strong mix of speed, fast lap times and a big enough difference from the international circuit to put on an exciting race for all our fans and give the drivers a new challenge," he said.

"I think it's the best choice and one that everyone will enjoy when we race back-to-back in Bahrain this December." 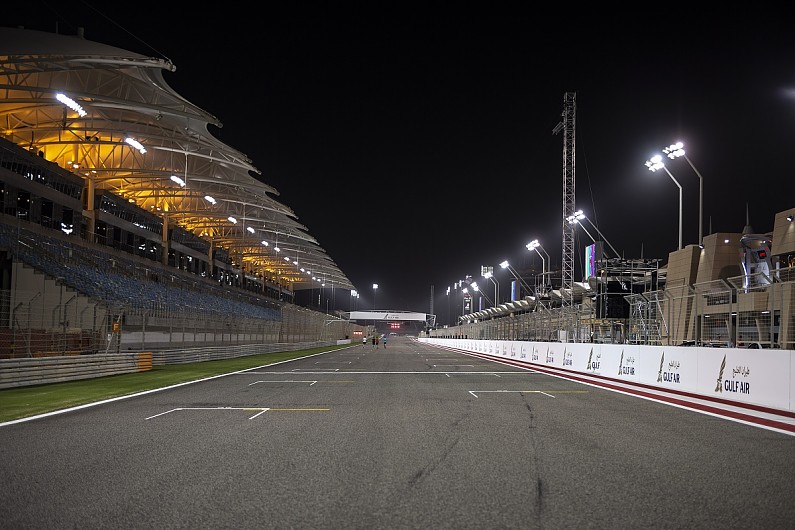 He added: "The great advantage with the Bahrain circuit is that both layouts have FIA Grade 1 status so it seemed the obvious time to progress with an alternative layout.

"The idea was a combination of ideas and views from F1, the FIA and our partners in Bahrain.

"We recognised we had the opportunity to do something special for this race.

"And in Formula 1, as we have seen in recent months, anything can be achieved when we put our minds to it."

The decision to race on the Bahrain outer loop is the latest in a number of bold calls that F1 owner Liberty Media has made this year with its choice of tracks.

Asked if it was proof of a willingness to try different things to make F1 more exciting, Brawn said: "I think this year has been unprecedented in my time in the sport.

"We have all had to adapt and are pleased with the announcements we have made with new [race] partners for this season.

"We have brilliant long term partners that we couldn't race at this season that will be back next year and look forward to announcing 2021 in due course.

"I would add that we have been focused on the fan since Liberty took over in 2017.

"The new regulations, cost cap, Concorde and the locations we race are all designed to come together to create fierce on-track racing in exciting places.

"We want to continue to grow the sport and excite fans and this year we have been able to do that in a new and unconventional way."