The FIA and Formula 1 have formally confirmed a final 17-race 2020 schedule, taking the world championship season to a mid-December finish.

As previously reported the major new addition is the return of the Turkish GP at Istanbul Park for the first time since 2011 which will take place on 15 November.

The season ends as had been previously planned with a double-header in Bahrain followed by the finale in Abu Dhabi on 13 December.

All the newly confirmed races will be held over three days, with Imola - as already announced - the only outlier as a two-day event.

The final total of 17 races gives F1 some margin in case one or two planned events are unexpectedly lost due to late changes or issues with COVID-19. The minimum number of races required to guarantee full payment by the TV broadcasters is 15.

The schedule now includes five venues that were not on the original version, with Mugello, Nurburgring, Algarve, Imola and Istanbul all added.

The Turkish race will be treated as a flyaway, with the cars and freight travelling by plane and then heading on to the Middle East. In past years everything has travelled by road and sea.

There is no confirmation on what circuit layout will be used by the second Bahrain event, which will use the Sakhir GP name.

F1 had been considering the much shorter and faster outer circuit, which Ross Brawn has described as being almost an oval, but it's understood that it won't now be used. Sakhir has an alternative in the "endurance" course that was used for the 2010 Bahrain GP. 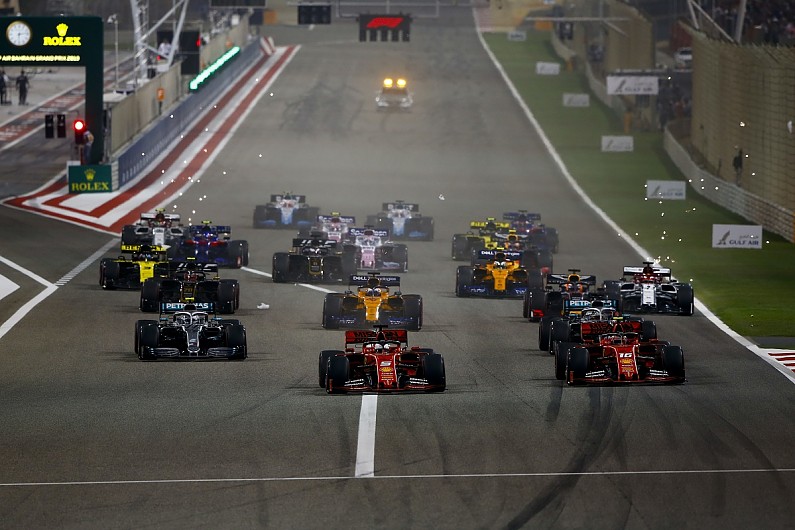 F1 has also finally formally confirmed the cancellation of the Chinese GP. Before the start of the season the race was postponed from its scheduled date of 19 April, and as the COVID crisis eased in the country it remained in contention for a new date for a while.

F1 hoped to revive the flagship Hanoi street race within 2020, but logistical issues - and the challenge of potentially running the 2021 event just four or five months later - meant that it was not possible to run the race.

"We are proud to announce that Turkey, Bahrain and Abu Dhabi will be part of our 2020 season," Chase Carey, chairman and CEO of F1, said.

"This year has presented Formula 1 and the world with an unprecedented challenge and we want to pay tribute to everyone across Formula 1, the FIA, the teams, and our partners who have made this possible.

"While we are all disappointed that we have not been able to return to some of our planned races this year we are confident our season has started well and will continue to deliver plenty of excitement with traditional, as well as new, races that will entertain all our fans."

In a statement F1 noted: "We can confirm that a number of races in the revised 2020 season will be open to a limited number of fans, including hospitality, and we are working with each promoter to finalise the details.

"While we want to see as many fans as possible return as soon as it is safe to do so, our priority remains the safety of the F1 community and the communities we visit, and we review fan access on this basis."