Imola's return to the Formula 1 calendar in October will be as a two-day race weekend, although the exact timetable has yet to be finalised.

As expected, F1 chiefs confirmed on Friday that it has abandoned plans to race in the Americas this year, and instead extra events have been scheduled for the Nurburgring, Algarve and Imola circuits.

The Nurburgring will host the Eifel Grand Prix on 11 October, with the Portuguese Grand Prix running on 25 October as a back-to-back with the Emilia-Romagna GP on 1 November.

With there being an approximate 1500-mile distance between the Portimao circuit in the Algarve, and Imola in Italy, F1 has decided to give teams an extra day's leeway for travel and will run the latter event over just Saturday and Sunday.

It is not clear yet what format will be taken for practice and qualifying, with discussions set to continue with the FIA.

F1 is also set to allow a limited number of fans into the Portuguese Grand Prix. While the venue will not be filled to capacity, it is hoping that it can allow tens of thousands of spectators in.

This will be the first time that the Algarve circuit has hosted an F1 round, although it once hosted a standalone round of the former GP2 Series in 2009. 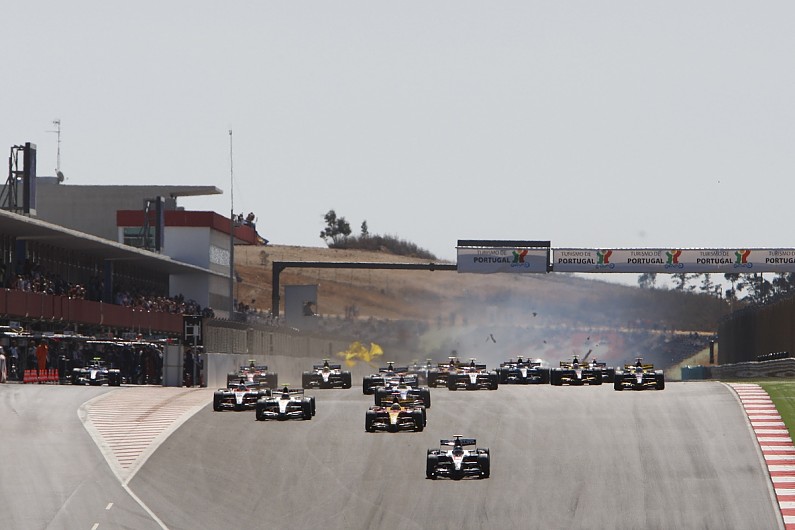 The Nurburgring has not hosted an F1 race since 2013, won by Sebastian Vettel, while Imola last appeared on the calendar in 2006 as the San Marino Grand Prix - in which Michael Schumacher prevailed over Fernando Alonso.

The addition of the Nurburgring, Algarve and Imola rounds means that F1 now has 13 confirmed races for 2020, with the season set to finish in December with a double-header in Bahrain followed by a finale in Abu Dhabi.

Those races alone will be enough to fulfil the 15-race minimum requirement that F1 needs to fulfil its television contracts.

However, there remains a chance that an additional event in Asia can be slotted in for November: either in Vietnam or in Malaysia.