Valtteri Bottas set the pace in second Formula 1 free practice ahead of the Abu Dhabi Grand Prix, although his evening was marred by a collision with Romain Grosjean.

The Mercedes driver was second fastest, a tenth slower than Red Bull's Max Verstappen, in the early running when both were using medium-compound Pirellis.

He was the first of the frontrunners to post a qualifying simulation time, setting a time of 1m36.256s on his first flier in the floodlit session.

That was enough to give him top spot by 0.310 seconds from team-mate Lewis Hamilton, with the advantage built in the first and second sectors - perhaps helped by the fact Bottas is running a fresh Mercedes power unit that means he will start from the back of the grid.

Bottas was later on a long run when he made a move that was unusually aggressive for a free practice session by diving up the inside of Grosjean's Haas at the Turn 11 left-hander. 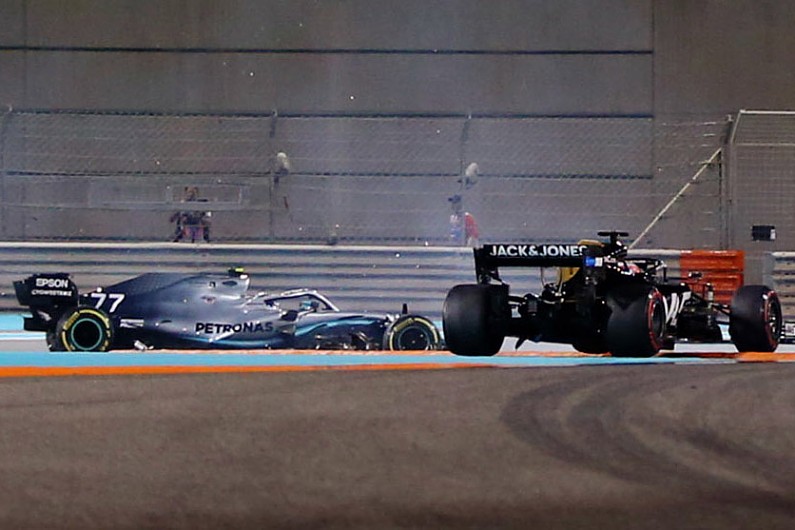 Grosjean appeared not to see the Mercedes and turned in, with both cars shedding bodywork in the resulting clash - and the drivers blaming each other over the radio.

Although both cars continued to the pits, the session was red flagged for seven minutes to allow debris to be cleared up.

Bottas did return to the track after the session restarted with 12 minutes remaining, although Grosjean did not.

Ferrari driver Charles Leclerc was third fastest, 0.386s slower than Bottas, having taken a second set of fresh Pirellis to set his time.

Leclerc had been the first in the field to embark on a qualifying simulation lap, but the rear stepped out on him coming out of the Turn 19 left-hander.

He caught it, but slapped the wall with the right side of the car and had to abort the lap - later opting to take a fresh set of rubber for another attempt. 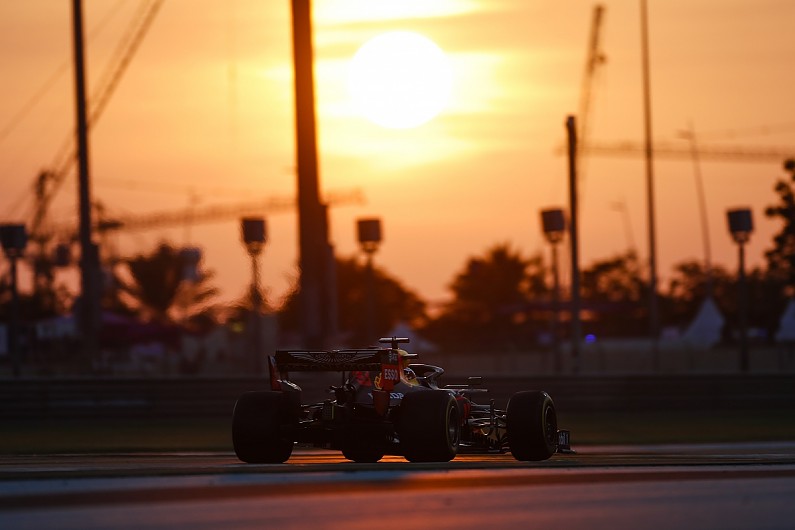 Verstappen ended up fourth fastest, 0.551s off the pace, and three tenths clear of the second Ferrari of Sebastian Vettel.

Vettel was running with a replacement gearbox having damaged his previous one during FP1 - although as this was a Friday unit it does not trigger a penalty.

Alex Albon rounded out the top six in the second Red Bull, a second off the pace having lost almost half a second to team-mate Verstappen in the twisty final sector.

Grosjean led the midfield for Haas with a relatively early lap that made him only the third driver to attempt a qualifying simulation lap.

Sergio Perez got closest to him, ending up just 0.036s behind, with the two Toro Rosso drivers rounding out the top 10.

Daniil Kvyat had the edge over Gasly in ninth thanks to his pace advantage in the final sector.

McLaren duo Carlos Sainz Jr and Lando Norris were 11th and 12th ahead of the second Racing point of Lance Stroll.

Kevin Magnussen was 14th for Haas, losing time to his team-mate in both the second and third sectors, just ahead of the lead Renault of Nico Hulkenberg.

Hulkenberg posted his lap of 1m38.122s with 48 minutes remaining, with team-mate Daniel Ricciardo, running his intended race engine after a major failure in FP1, three-tenths slower.

Hulkenberg was set to improve on his second attempt but ran deep at the Turn 17 right-hander and aborted the lap.

Kimi Raikkonen won the battle of the Alfa Romeo drivers in 17th place, lapping half a tenth faster than Antonio Giovinazzi.

Giovinazzi made three attempts on his set of softs, the final one coming to an end when he spun at Turn 19. He avoided the wall, but returned to the pits immediately.