Mercedes Formula 1 boss Toto Wolff says the manufacturer will not intervene to try to keep the German Grand Prix on the calendar for 2020.

This year's race was saved after an informal meeting between F1 bosses Chase Carey and Sean Bratches and Mercedes' management last season led to an influx of funding and title sponsorship of the event.

Hockenheim subsequently signed a one-year deal with an option for 2020, but F1 looks unlikely to take this up because the race is one of the less lucrative in terms of the hosting fee.

With the Vietnam and Dutch GPs coming in, and Spain now looking more likely to be retained, the 2020 calendar could feature 22 races even without Germany.

"We had a meeting on Sunday morning with Chase and Sean, and they said, 'Would you be able to help us [in] bridging the gap?'

"And in half an hour we bartered out a deal in order to make the German GP happen.

"But this is not something which we are in a position to continue. Also because I believe that we shouldn't really be interfering in the business of Liberty and F1 - it is up to them to decide which tracks are on or off."

Expanding on those comments, Wolff insisted Mercedes would not push for its home race despite its value to the manufacturer.

"I believe it's really encouraging that there is lots of interest in hosting a race," he said.

"Liberty has the great problem of having more demand than supply, and that is good, and also good for the teams, because fundamentally we share a large part of the prize fund.

"And this is where I would like to leave it, because it's Chase's and his team's call to decide where we go.

"For us the German GP is important, because Daimler is a German company, and there are lots of family and friends in Germany, but we can't interfere in their business." 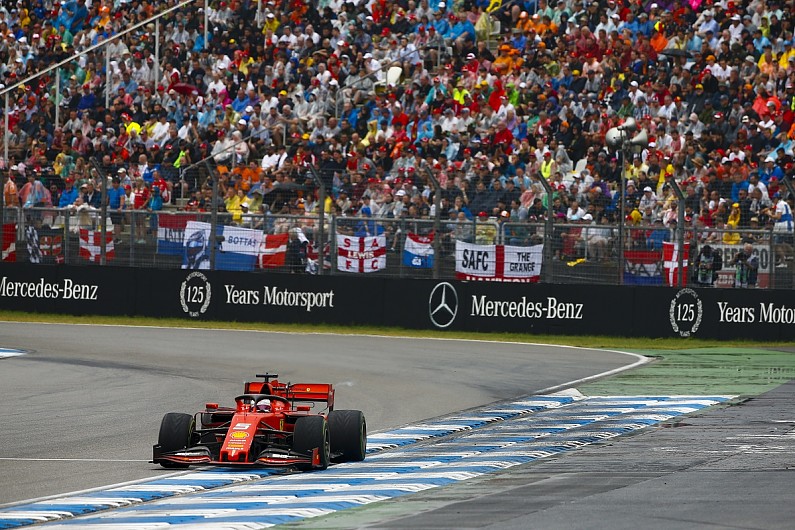 Ferrari driver Sebastian Vettel said the disappearance of classic venues from the calendar in favour of new territories where there is little appetite for motorsport was "wrong".

"They're putting a lot of effort and passion [in] and they're very keen on staying, on having the grand prix here. It's a great show but I don't think they make any money.

"I think the way they [F1] string their business is based on how much people pay and then you get a grand prix. It's important that we don't lose certain grands prix, it's irrelevant what they pay.

"F1 without Monza [which has also struggled to secure a deal in recent years] would be stupid. Losing big countries with a lot of history like Germany or Spain is wrong."

F1's grand prix rate card is not equal, and one of the controversial aspects of the putative Miami race was that the commercial rights holder was so keen to have the event that it was willing to waive the sanctioning fee altogether.

Vettel acknowledged that, as well as pointing out that many races which joined the calendar during F1's eastward expansion under Bernie Ecclestone are sparsely attended.

"People always want to make money and profit so it doesn't help if [some] tracks pay less than others," he said.

"It's important to bring the sport where there's passion for the sport - so keep countries like Germany in the calendar, the UK and all those iconic places. That would be my take on it.

"It's more fun as well for us to drive in front of a lot of people rather than empty grandstands, even if they're all equipped with new seats - useless when there's nobody sitting on them."