Super Formula leader and Honda-backed driver Naoki Yamamoto appears likely to make his Formula 1 debut this season in a Friday practice session ahead of a grand prix.

The the 31-year-old defending Super Formula champion is eligible for a superlicence - something most Red Bull and Honda proteges have struggled to qualify for in recent years - and is a long-term Honda-affiliated driver.

His 2018 title triumph came alongside winning Japan's Super GT championship - partnering Jenson Button in a Honda NSX - and follows his first Super Formula crown in 2013 in which he beat Andre Lotterer and Loic Duval to the title.

After winning the Super GT title last year, 2009 F1 champion Button claimed "I personally feel this guy [Yamamoto] should be in F1".

Though he is over 30 and has never raced cars outside of Asia - both of which are obstacles to a late move to F1 full-time - Honda is keen to place him in a car for a grand prix practice session.

A Toro Rosso outing for Yamamoto at the Japanese Grand Prix would be most appropriate given his extensive Suzuka experience, while it would also be a boost for Honda and the race promoter, and allow an initial assessment of his capability in an F1 car.

Yamamoto comfortably satisfies the requirement for an outright superlicence, which should simplify the process of becoming eligible to drive in FP1.

If he needed to obtain a free-practice superlicence he would need to drive at least 300 km in "a representative Formula 1 car consistently at racing speeds", which would mean a private run in a car from 2017 or earlier as all testing opportunities for current machinery have passed.

Honda has made it clear it wants to see a Japanese driver race in F1 again. 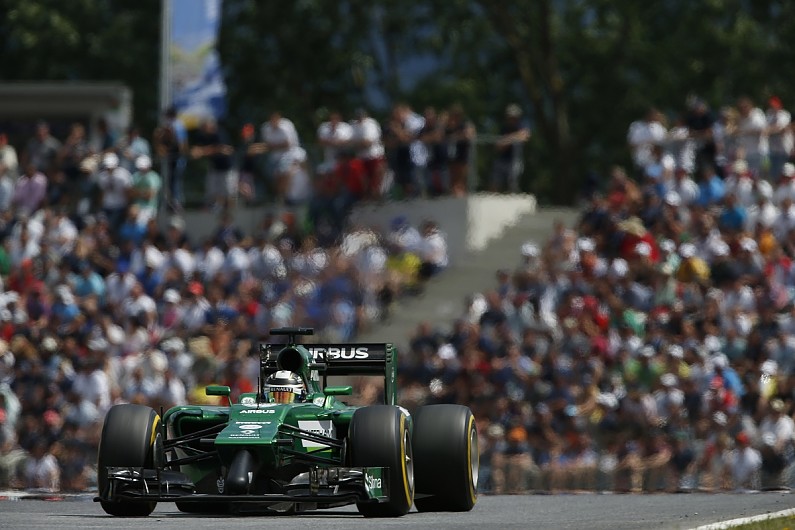 The last Japanese driver in F1 was Kamui Kobayashi in 2014, while Honda last had a homegrown driver behind the wheel of one of its cars when Takuma Sato raced for the Super Aguri team in the 2008 Spanish Grand Prix.

However, Honda's highest-placed proteges on the F1 feeder series radar have so far failed to secure the necessary superlicence points for Honda to take advantage of its relationship with Red Bull and its junior team Toro Rosso.

Nobuharu Matsushita has returned for a fourth season of Formula 2 in 2019 - after finishing 10th in Super Formula last year - and won in Austria earlier in the campaign, but is only eighth in the championship.

Reigning Japanese Formula 4 champion Yuki Tsunoda is 13th and the highest-placed Honda protege in FIA Formula 3 in his first season competing outside Asia. He has impressed with his race pace, despite his Jenzer squad struggling for answers to its qualifying-pace deficit.

Tsunoda is also the only Honda-supported junior also directly supported by Red Bull in the F1 support series.

Carlin's Teppei Natori competes alongside Tsunoda in FIA F3, but has yet to score a point with a best finish of 15th.

Last year's Honda F2 drivers Nirei Fukuzumi and Tadasuke Makino have switched to Super Formula this year, but are only 10th and 12th in the championship respectively.

Fukuzumi has struggled to impress as Yamamoto's team-mate while Makino has been quick but inconsistent.

"Unless they win the championship, or get that kind of very good result, they cannot be in F1," Honda F1 managing director Masashi Yamamoto - who is unrelated to Naoki - told Autosport of its current juniors in F2 and F3.

"We have some drivers in Super Formula. Naoki Yamamoto is leading the championship.

"Considering the current F1 trend, he's a bit old. It used to be alright in the old days!

"It might not suit the current situation but, including him, we want somebody to put into FP1 somewhere during the year.

"We are continuing discussions with Red Bull and Toro Rosso to talk about that opportunity." 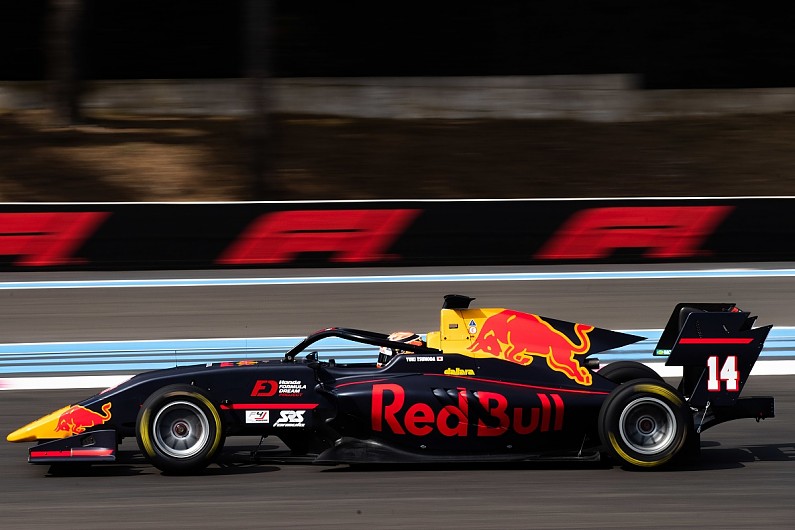