Renault Formula 1 team boss Cyril Abiteboul admits that a one-stop strategy meant Daniel Ricciardo could only show "miserable" pace during the Chinese Grand Prix despite finishing in the points.

Ricciardo was one of five drivers that qualified in the top 10 obliged to start on the soft tyre after using it in Q2, along with Pierre Gasly, Renault team-mate Nico Hulkenberg and Haas pair Romain Grosjean and Kevin Magnussen.

Knowing that Red Bull driver Gasly would be out of reach on pure performance, Renault decided to put Ricciardo on a one-stop strategy in order to protect him from those who started from outside the top 10 on the more favourable medium tyre.

That meant a long 18-lap opening stint on his used softs, followed by a 38-lap run to the finish on the hard tyre.

Ricciardo ended up a lap down, but the strategy paid off as he finished seventh, 1.9 seconds clear of Racing Point's Sergio Perez.

His fastest lap was only the 16th-fastest in the field.

"It think it was a more solid performance than it looks," Abiteboul told Autosport.

"It was extremely challenging to make the one-stop work, starting on the soft compound.

"We had to face the usual dilemma of starting from P7 to P10 with our kind of pace, and having to start on the softest compound, and still make it work.

"That P7 was the target, and we achieved that." 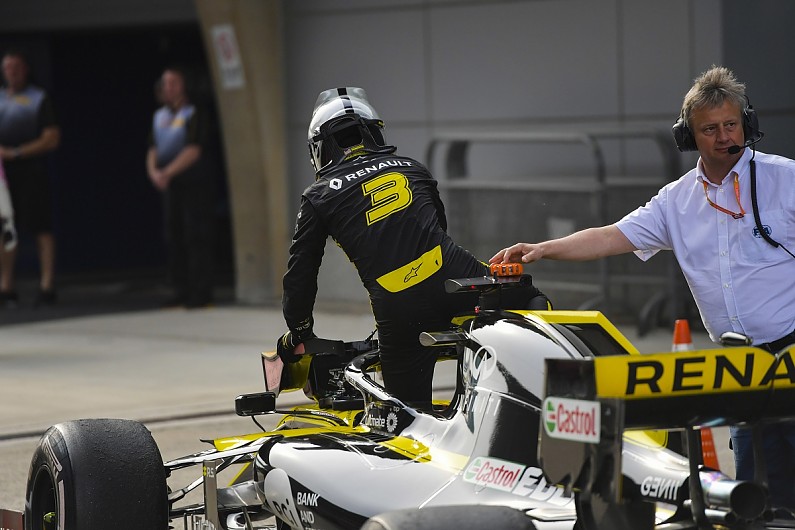 Abiteboul said he had some frustration at not seeing the car's true potential.

"There's nothing to be proud of, but just in terms of pace it was better than it looked, because we were so much into the tyre management," he said.

"Even myself I didn't want a one-stop because of that reason, because I knew that our pace would look miserable.

"But it was very clear from our strategists that a two-stop would not work for us, so we had to make the one-stop work, and it worked."

He added both driver and team had done a good job after a difficult start to the 2019 season.

"We were really driving to the tyre, and not to the pace," said Abiteboul.

"The only thing we were monitoring was the gap behind to Perez, to be sure that we would not enter into the DRS zone.

"In that respect [it was] a very solid race, very good communication with the team, with his engineer, which is good, it's what we needed at this point after the first two races."