Pierre Gasly says he was left "a bit shaken" by his crash on the penultimate day of Barcelona Formula 1 pre-season testing, describing the incident as one of his biggest.

Gasly dipped the left wheels of his Red Bull into the grass approaching the fast Campsa right-hander and was pitched off the track as he tried to turn in.

The car slammed into the tyre wall, with the crash ripping the front and rear wings off the RB15.

Gasly visited the medical centre but was swiftly released without injury.

"I'm fine, a bit shaken, but I made a mistake in Turn 9 and you guys saw what happened," Gasly said.

"Pretty big crash, one of the biggest crashes I had.

"Long night for the mechanics, sorry for that."

Gasly, who is preparing for his debut season with Red Bull after promotion from Toro Rosso, had already had an accident on the second day of the opening week of testing.

But Gasly refuted the suggestion that his second big crash in testing meant he was lacking confidence with the Red Bull. 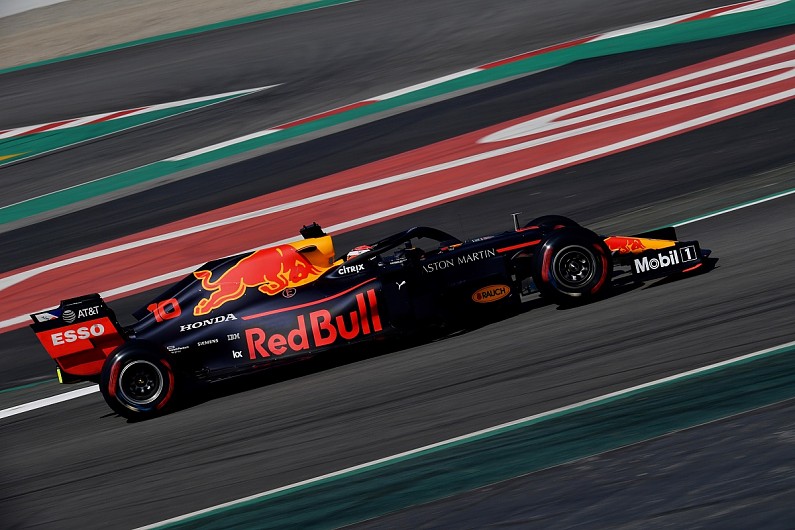 "I'm feeling confident. I just made a mistake today, unfortunate," he said.

"It was a pretty big impact, but we'll focus on all the work we've done over the four days.

"We have a lot to analyse. We have a good car that we need to make better for Melbourne."

Despite his two accidents during testing, Gasly has logged a total of 439 laps over his four days in the new car.

His fastest lap on Thursday, a 1m17.091s on the softest C5 tyres, stands as Red Bull's best effort in testing so far.

That effort is still almost nine tenths down on Charles Leclerc's test benchmark in the Ferrari.

Gasly said: "We managed to get a lot of laps in the four days of testing, we tested a lot of things, looking a bit more on performance today.

"I think we learned a lot, now we need to go through all the data.

"A lot of work to do before Melbourne but overall we're pretty pleased."

Gasly will hand over the car to Max Verstappen for the final day of testing on Friday.