Mercedes has kicked off its running in the second Formula 1 pre-season test at Barcelona with a number of new aerodynamic components in the pursuit of extra performance.

The team launched with a front wing design noticeably different to the others seen on the grid, most interestingly using an endplate design that appeared to guide airflow inwards rather than the outwashing endplates used by everyone else - as shown in Giorgio Piola's illustration below. 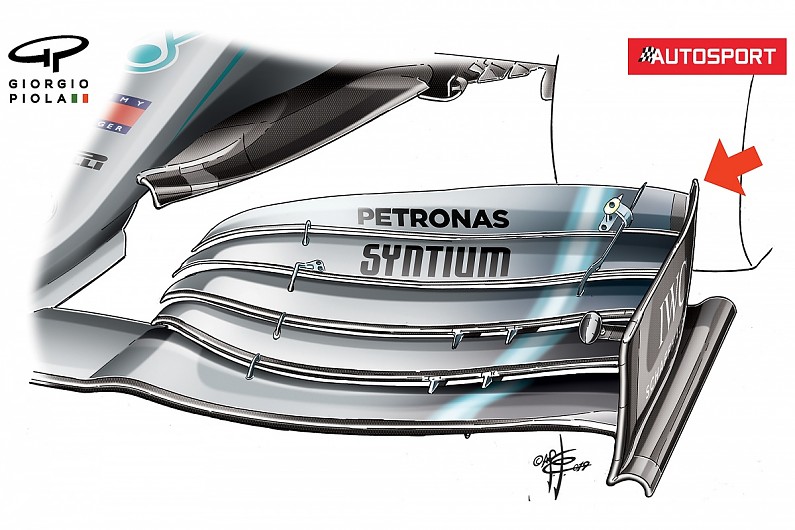 Although it seemed that the combination of the endplate and front wing flap adjuster together could ultimately channel airflow around the tyre, Mercedes has resurfaced for the second week of testing with a new design. 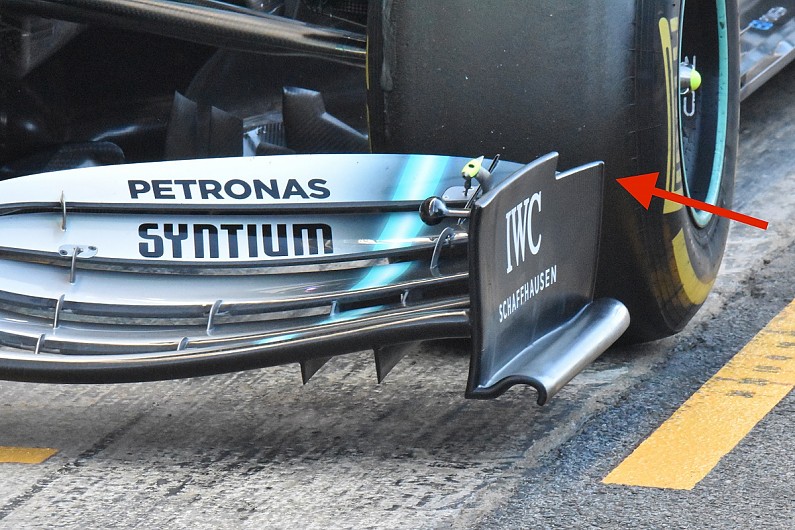 The new endplate now directs airflow outboard, and the top corner at the trailing edge features a small square cut-out - which ends the production of the tip vortex from the endplate sooner. That vortex can then be guided outwards by the airflow from the wing spilling over.

The nosecone has also undergone a slight redesign, where the top edges either side of the Pirelli logo have been tucked in. 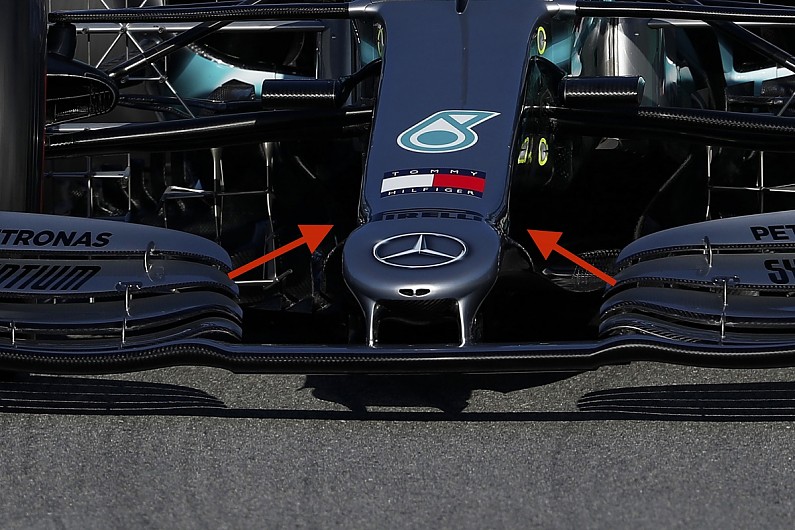 This gives airflow an easier path to drop down onto the 'cape' area, where it's able to develop a greater low-pressure zone underneath.

Together, these changes seem to hint at being Mercedes' first steps to iron out the handling issues reported by the drivers after the first test by increasing front end downforce.

Though Mercedes motorsport chief Toto Wolff had suggested it would take a team "months" to rethink its aerodynamic concept if a rival's ideas proved better, the parts tried on Tuesday morning appear to be initial experiments rather than a fundamental rethink that would require a longer lead time.

Two fins have been placed on top of the chassis bulkhead too, either side of the S-duct outlet, offering extra control over airflow around the suspension components and down the flanks of the chassis. 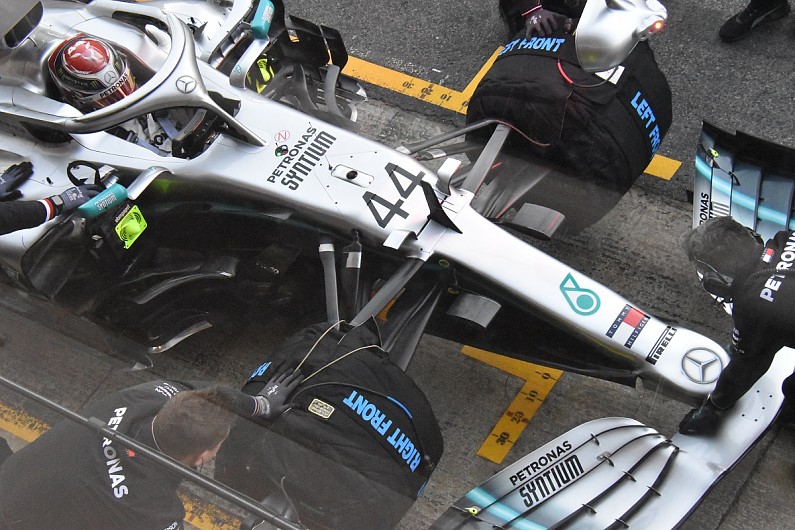 The floor also showcases a number of new additions, including six new fins along the edge. Three of these assist with directing airflow outwards through the primary floor slot, while the other three are grouped together to collectively develop further outwash ahead of the diagonally-cut rear slots in the floor.

The team has also added a brand new T-wing to the bottom of the engine cover, double-stacking the elements to assist with cleaning up airflow ahead of the rear wing and eke out a little extra downforce.

By retaining the strakes at either side of the wing, a vortex can continue to form and fold below the rear wing, increasing the effect of the suction surface.

Toro Rosso has also kicked off testing with a number of new parts, giving a debut to a new rear wing with a straighter leading edge along with a new T-wing. 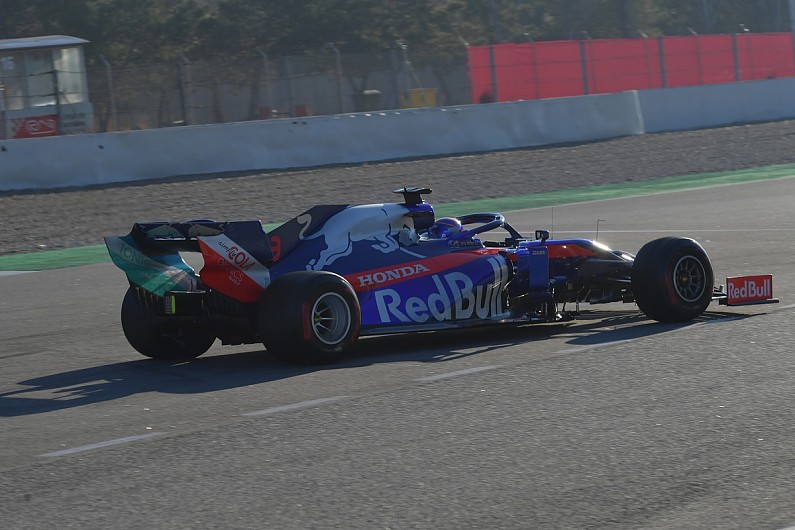