Isola said the graining was "not unexpected", especially on a green track, and it followed the pattern seen at Mexico City last year.

But Pirelli has still responded to the data it gathered on Friday and taken the opportunity to raise the minimum rear tyre pressures of its slicks from 20 to 21psi, while intermediates and wets have also gone up by 1psi to 19 and 18 respectively.

"We had the same situation last year with the ultrasoft - especially in FP1," Isola said.

"The track is green, it's not used a lot during the year. The morning was also cooler than the afternoon.

"In the afternoon the graining on the ultrasoft was reduced, on the hyper it was still there.

"We didn't see a real reduction in the graining of the hypersoft, but consider in the afternoon they used full tanks, so heavy cars, and it was easier to grain the tyres.

"We knew in advance that coming here with the hypersoft was an aggressive choice. We are two steps softer than last year."

"Usually all the comments on the hypersoft are we have a lot of grip," he added.

"[On Friday] we had comments from drivers saying we don't feel the grip.

"They don't feel the grip because the level of downforce is much less than what they are used to feeling in the car.

"With less downforce we have graining, we have sliding. Sliding also means that if you manage to reduce the graining you have surface overheating, quite easily."

Isola believes top teams will want to get through Q2 on the ultrasoft to avoid using the hypersoft at all in the race.

"It's the more conservative approach, and for the race it should be the right one," he said.

"If you look at Red Bull, they can do it easily. If you look at the rest of the field, it is a risk in a way if you try to qualify on the ultrasoft." 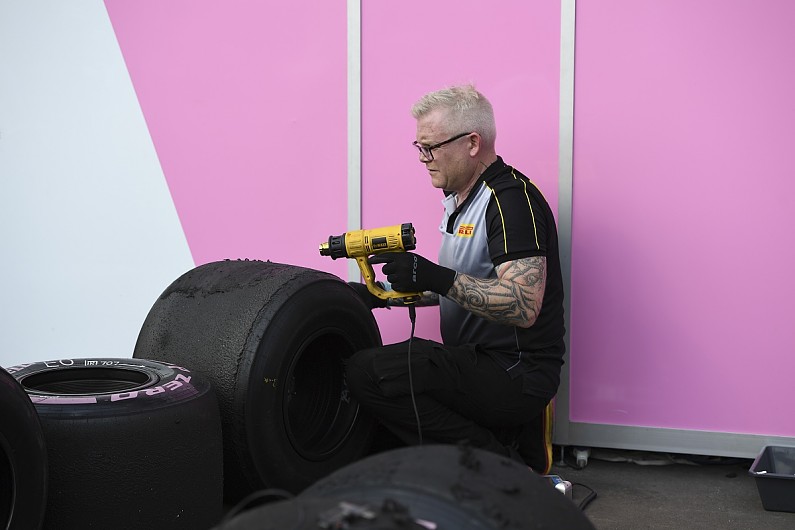 Drivers who do start on the hypersoft, such as the likely lower Q3 qualifiers, are likely to be committed to stopping twice.

"If you qualify on the hypersoft and start to grain the tyre on Sunday obviously I can imagine a very short first stint, and probably a strategy of two stops," Isola said.

"If you change the hypersoft after seven or eight laps obviously then you should run a stint of 63 or 64 laps with the supersoft. It's a very long stint.

"I'm not sure that it's the same situation if you use ultrasoft and supersoft, but I'm sure that with a pitlane loss in terms of time that is one of the highest of the championship they will try to plan a strategy on one stop.

"You lose more than 20 seconds to add one stop, and it's difficult to recover this time on track."