One concern about F1's attempts to regulate future styling, with its managing director of motorsport Ross Brawn seeking "exciting" looks for the 2021 cars, is that teams will always do whatever it takes to make their cars go faster.

That could lead to unexpected developments along the lines of the infamous ugly stepped noses of 2012 and pointed noses of the '14 rules. 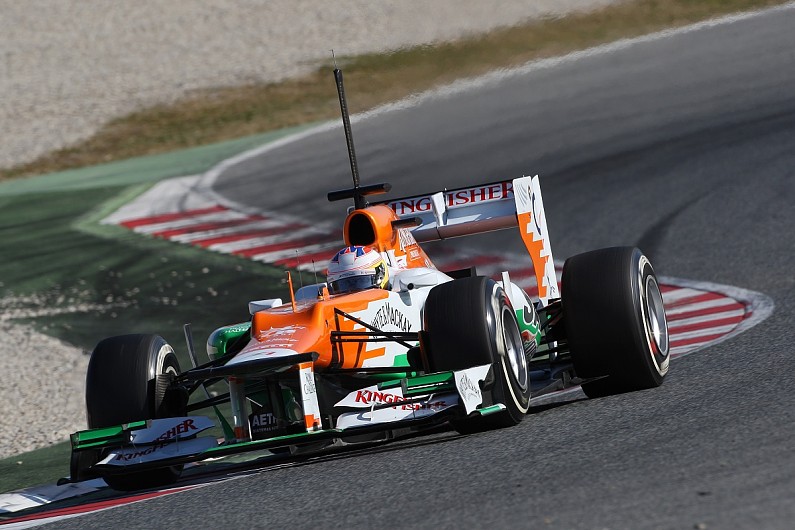 Asked by Autosport for his view of the 2021 concept proposals, Green replied: "They're just concepts, drawings.

"They're just artistic impressions of what the cars might look like. I come at it from a technical side, I'm not interested in the styling side."

Green admitted that teams are bound to come up with developments that impact the look that F1 has targeted.

"Of course they will. It will look nothing like what they've painted," he said.

"The car at the front of the grid is usually the best looking car, regardless of what it looks like.

"I honestly don't know what direction they're pushing in. I've only see a snapshot of a picture. This has come completely from the F1 Group."

Brawn admitted that it will be a challenge to keep on top of how the cars will look after teams pursue development.

"I'm not going to pretend that from day one we will have the perfect solution certainly from the aesthetics," the F1 boss said when asked by Autosport.

"Because try as hard as we can, we can never anticipate every move that the teams will make.

"We have to do our best to arrive at a set of regulations and make them as unambiguous as possible but there is no guarantee.

"The key thing is being able to respond quickly when we see things happens that are unintended.

"We are quite encouraged with the cooperation with the teams at the moment, but that will change at some point in the future, when they move into their competitive mode than cooperative mode."

Green agreed with Brawn's desire for the FIA to have the 2021 technical regulations ready by the end of 2019, but cautioned that it would mean freezing concept development work much earlier than that.

"It would be well doable to write a set of regulations by the end of 2019," he said.

"To freeze the concept and start writing regulations means that they are freezing it very soon, and I don't know whether that's too soon.

"You want to give yourself at least six months to write the regulations."