Red Bull and Toro Rosso are set to move closer to the Ferrari/Haas model of Formula 1 technology sharing for 2019 in what Franz Tost calls a "synergy project".

The two teams have diverged in recent years, even when they both used Renault power units.

They typically used the same gearbox internals from Red Bull Technology, but a different casing.

As Toro Rosso has fewer resources, it could not wait as long as Red Bull before finalising and signing off its gearbox and rear suspension, as it had to make an earlier start with manufacturing the parts.

That will change in 2019 as both teams will run the same Honda engine, and will share a complete rear end - including rear suspension - plus some front suspension parts.

Toro Rosso team principal Tost said that there was no strategic decision behind the move, but that it was simply the right time.

Speaking to Autosport, he said: "It was stupid, why should we make our own gearbox when we can get it from Red Bull?

"We have a synergy project, we have the rear end, we have parts from the front suspension, that's it.

"It's just totally simple, we have the Honda engine, we put on the Red Bull Technology gearbox, nothing more to say." 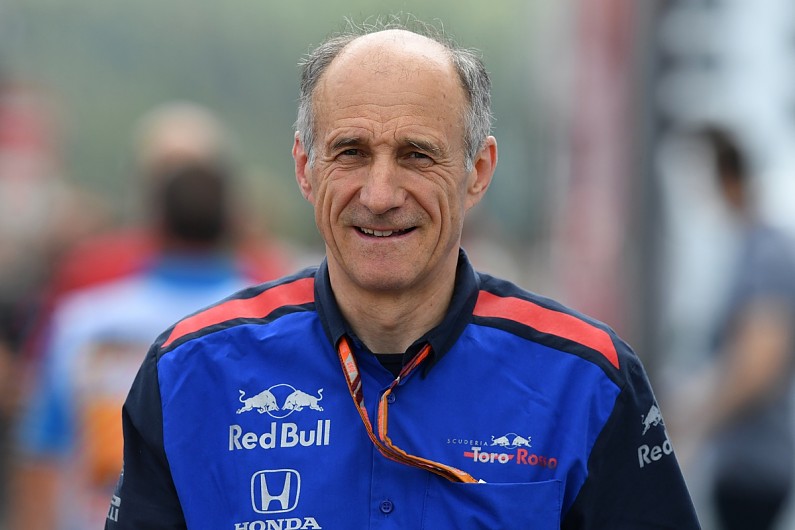 Committing to the same suspension will also mean that the two teams are likely to converge on an aerodynamic approach.

"We will have a very close cooperation with Red Bull Technology next year," said Tost.

"Because we will have the same rear part, which means the power unit, gearbox and the suspension - everything within the regulations - because we want to use this much.

"The front suspension as well, the inner parts, not the outer parts, that's all.

"But that's a lot, because you know the complete rear part means also the hydraulics, the electronics, all this kind of stuff."