Fernando Alonso hopes Red Bull Formula 1 team principal Christian Horner will apologise for criticising him, and has given more details of offers he claims to have had from RBR.

Double F1 world champion Alonso says he has had two approaches from Red Bull in 2018, including one this month after Daniel Ricciardo's departure.

Red Bull denies this, and while it was considering Ricciardo's replacement Horner described Alonso as "not the healthiest choice" for his team.

Helmut Marko, Red Bull's motorsport advisor, also recently said that Alonso's "demands were very tedious" when talks were actually held with him a decade ago, and accused the Spaniard of turning his teams into "a one-man show".

Alonso said that criticism was at odds with the interest Red Bull had shown in him.

"Yes I had a couple of offers from Red Bull," Alonso told Sky Sport F1.

"So I'm happy you asked me this question, because the comments of Christian Horner this summer and Mr Marko are completely out of context, surprise comments about me creating chaos, [being a] difficult man to work with.

"One, they never worked with me, and secondly they've been chasing me for five or six occasions in the last seven years, and now they say that, that they are loyal to their programme and their commitments and their junior drivers.

"I wrote to Christian after his comments this summer, he apologised by email, and hopefully he'll apologise again this weekend." 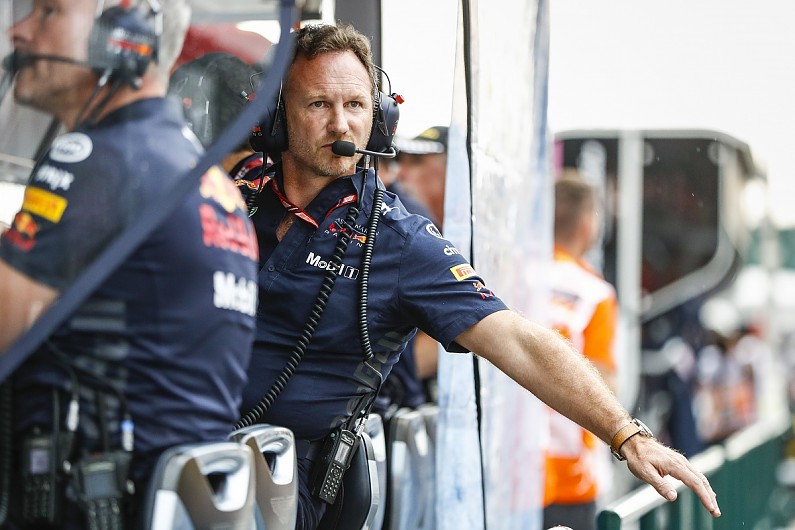 Horner insisted on Friday at Spa that there was no offer, despite representations from Flavio Briatore - Alonso's long-time manager - and F1's management.

"Obviously Flavio reached out, even FOM reached out, but it was clear from the onset," Horner told Channel 4.

"We did offer Fernando Alonso a contract, but that was back in 2007! To my knowledge, no one within Red Bull has offered him one since.

"He's a wonderful driver, he's a great talent, but it just doesn't fit the profile of our team, our investment in youth and the junior programme that's been so successful over the last 10 years."