Red Bull Formula 1 team boss Christian Horner says it wouldn't be "the healthiest thing" for his outfit to pursue Fernando Alonso as the replacement for Renault-bound Daniel Ricciardo.

Ricciardo, who has been part of Red Bull's main F1 team since 2014, stunned the organisation last week by sealing a surprise move to the factory Renault outfit for next year.

His decision has left a coveted, top-tier F1 seat vacant, and this has led to suggestions Red Bull could offer two-time champion Alonso a route back to the sharp end of the grid - as the Spaniard has been mired in the series' midfield since joining McLaren in 2015.

However, in conversation with F1's official podcast Beyond the Grid, Horner all but dismissed the Alonso possibility, citing both Red Bull's existing homegrown talent and 37-year-old Alonso's reputation for causing intra-team upheaval.

"I've got huge respect for Fernando, he's a great, fantastic driver, but it would be very difficult to see," Horner said. "He's tended to cause a bit of chaos wherever he's gone.

"I'm not sure it would be the healthiest thing for the team for Fernando to join.

"Our preference would be to continue to invest in youth [rather] than take a driver who is obviously close to the end of his career." 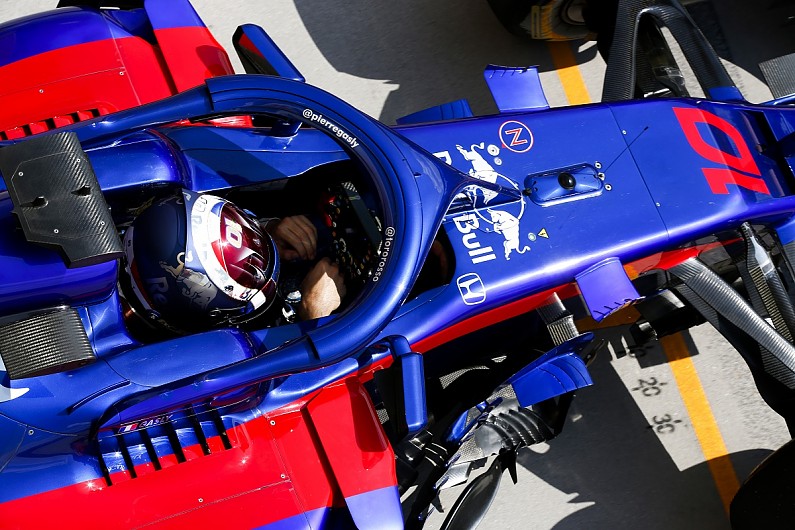 Two Red Bull-contracted drivers in Pierre Gasly, who competes for Red Bull's junior team Toro Rosso, and Carlos Sainz, who was loaned by the energy drinks giant to Renault for 2018, are viewed as the contenders to replace Ricciardo and partner Max Verstappen at the main outfit.

Who should replace Ricciardo at Red Bull?

"We're fortunate that we've got several drivers under contract that are great talents," Horner said. "I think we're going to sit back and evaluate what the situation is, see what comes out.

"It's an incredibly attractive car to be driving, I don't think we're going to be short of requests and offers.

"I think we'll look at everything. The preferred route will be to invest, as it has been so successful, in home talent. [Sebastian] Vettel, Verstappen, Ricciardo, Sainz, Gasly - they are all products of the junior programme that have delivered for us.

"Both of those guys [Sainz and Gasly] are very quick drivers so I think this just gives us an opportunity to take a breath.

"They're under contract anyway till the end of the summer or beyond. We'll look at the options available to us and make sure we make the right decision for the team."