Mercedes motorsport boss Toto Wolff has "no doubt" Red Bull and Honda will be competitive together in Formula 1.

Red Bull will split from long-time engine supplier Renault at the end of this season to join forces with Honda as the Japanese manufacturer continues to rebuild after three terrible seasons with McLaren.

Honda has yet to score a podium since returning to F1 as an engine supplier in 2015 but has set an initial target for next year of maintaining Red Bull's current status as a race-winning team.

Asked by Autosport for his thoughts on Honda's recovery and the prospect of it as a race-winning manufacturer, Wolff said: "I have no doubt that they will be competitive.

"The collaboration will make another step between Toro Rosso, Honda and Red Bull for next year and with Red Bull's technical capabilities and resource they will certainly be of great assistance to make the power unit progress.

"This is certainly the right step forward, looking from the outside, for all parties.

"It was important for Red Bull to have a works status. Long term probably the best chance to win a championship.

"Maybe short term, more work to do. But long terms, from where I sit, absolutely the right decision.

"I am looking forward to tougher fights and tougher battles with Red Bull-Honda."

Mercedes dominated F1 almost unopposed for three years from 2014-16, before Ferrari gave it a tough fight in '17. 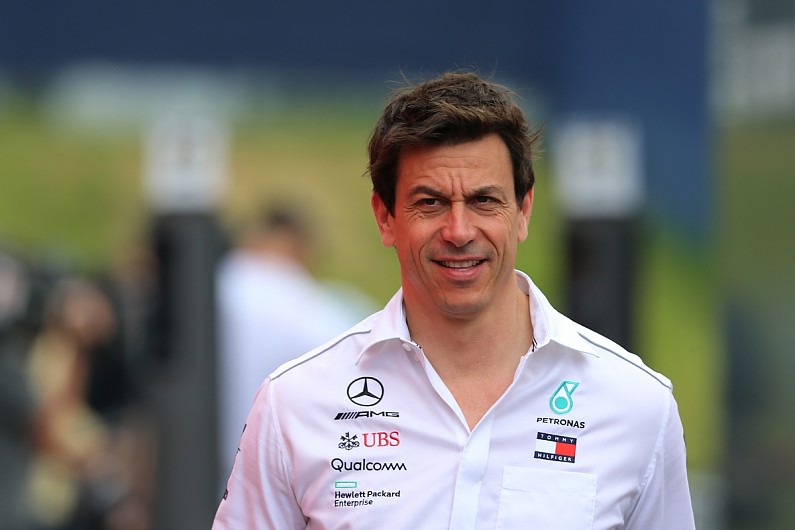 That has continued this season, but Wolff admitted the more competition Mercedes has the more valuable success would be.

"For us, as Mercedes, it is extremely important that we have top brands in Formula 1, be it OEMs that have joined the sport as engine suppliers or be it multinational and global brands such as Red Bull," he said.

Honda's poor performance and reliability at McLaren reached a nadir in early 2017 after a significant technological overhaul of its engine package, which triggered the dissolution of the partnership.

It has found new momentum partnering with Red Bull's junior team Toro Rosso this season, which laid the foundations for the its 2019 partnership with the main outfit.

While the prospect of Honda as a top-tier modern F1 engine manufacturer is still based on potential rather than current performance, Red Bull team principal Christian Horner insisted that the move is viewed as "extremely low risk".

"The commitment, the resource, the facilities that Honda have available to them is really exciting for us.

"To be the focal point of attention with the two teams is a fantastic position for Red Bull to be in."