Fernando Alonso has revealed that the state of Formula 1 will be a bigger factor in determining his future than the form of his McLaren team.

Alonso, who turns 37 next month, is seventh in the drivers' championship by virtue of some fine drives in the opening races but McLaren has not enjoyed the revival it expected since dropping Honda for Renault.

During the Canadian Grand Prix weekend Alonso criticised F1's predictability again and, with his World Endurance Championship campaign already under way and a move to IndyCar a possibility, said his future in grand prix racing will be determined by more than just McLaren's competitiveness.

EDD STRAW: Why Alonso must go to IndyCar for 2019

"The last championship car I had was 2007," said Alonso, who has not won a race since driving for Ferrari in 2013 and claimed the second of his titles with Renault in 2006.

"All the rest has been always quite far off from the performance at the top or the winning team that season.

"So, 11 years after that moment, I don't think there is a problem [with not having a car to win titles].

"The biggest thing for me is the direction that Formula 1 goes.

"I don't think too much in how competitive you will be next year because it's impossible to predict, it's just about the sport.

Asked if confidence of McLaren progress was important for his personal satisfaction, Alonso stressed that "it's not a matter of how competitive you are".

"It's how important the driver input becomes, and which direction the sport wants to take," he reiterated.

McLaren's season hit a new low in Montreal, where it suffered its worst qualifying of the year with Alonso 14th and Stoffel Vandoorne 15th. 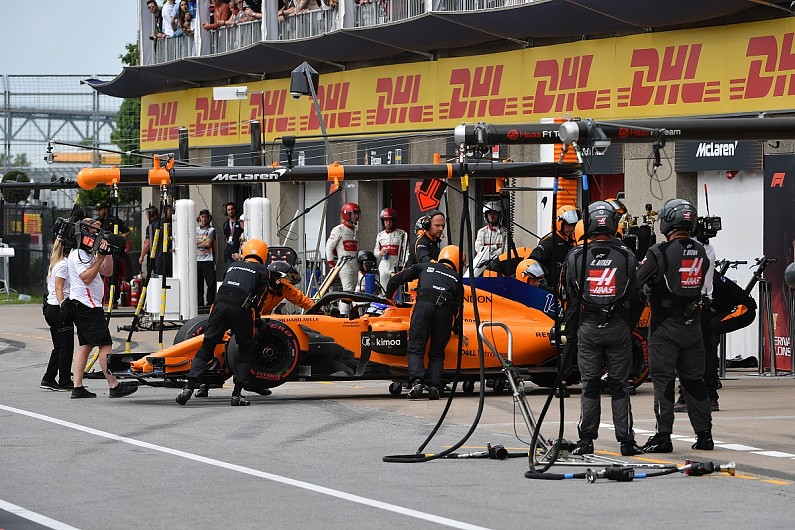 Both drivers failed to score points as Alonso retired with an exhaust problem and Vandoorne picked up an early puncture and ran near the back throughout before finishing 16th.

Alonso claimed that McLaren's strengths and weaknesses were different this year to last but said he still preferred the current season with Renault because he is at least scoring more points.

After retiring on his 300th start, Alonso said that as well as "definitely" needing more performance McLaren must have better reliability as well.

"We saw at the beginning of the year how many points we scored and now we retire the car seventh in Monaco and 10th [in Canada] so we've lost points in the last two races," he said.

"We have some problems with the car that we need to keep improving and see what happens in the next couple of months.

"It was definitely disappointing and frustrating. We were not competitive [in Canada] but at the same time we overtook a couple of cars at the restart and we were in the points."