The Russian hit Perez's VJM11 from behind under braking into the Turn 2 right-hander, leading the Mexican to then collide with his Force India team-mate Esteban Ocon and further damage his car.

Sirotkin would go on to retire further down the road in a three-wide collision with Nico Hulkenberg and Fernando Alonso, and was handed a three-place grid penalty by the FIA stewards, which he is set to serve in the Spanish Grand Prix.

The rookie also picked up the first two penalty points on his license.

"The driver of car 35 [Sirotkin] drove into the back of car 11 [Perez]," the stewards' statement read, adding that Sirotkin was "wholly to blame for the collision".

Perez was forced to make an early stop in the aftermath of the collision, but recovered to finish the race in third place - though is under investigation for an alleged DRS infraction. 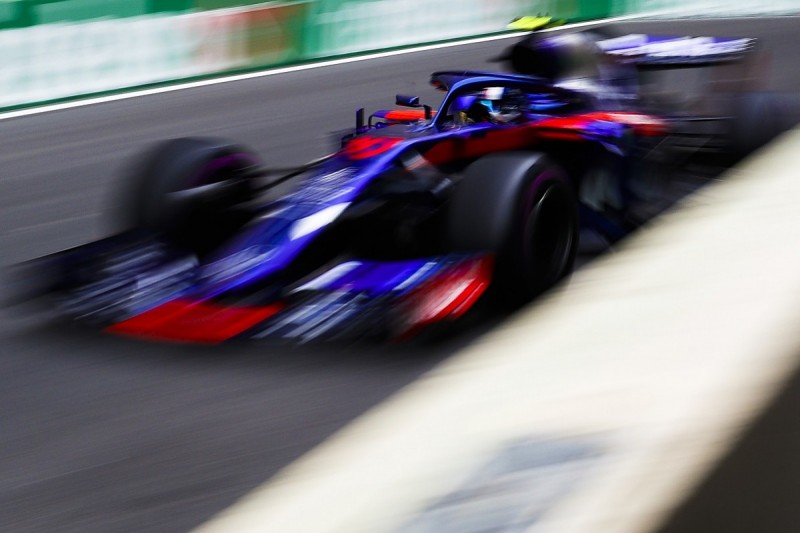 Also receiving a penalty was Haas driver Kevin Magnussen, who was found the guilty party in a clash with the Toro Rosso of Pierre Gasly.

The pair were fighting for the final points-scoring position after the late-race safety car restart, but ended up dropping down the order.

Gasly completed the grand prix in 12th, whereas Magnussen rounded out the finishers in 13th place.

"The driver of car 20 [Magnussen] moved unpredictably and unnecessarily to the left and collided with car 10 [Gasly], which was maintaining its direction," the stewards' explanation read.

The Dane was handed a 10-second penalty, which had no impact on his race result, but also received two penalty points on his license, adding up to a total of eight for the 12-month period - with 12 points needed to trigger a race ban.