Honda's promising start to the 2018 Formula 1 season is "helping its chances" of being a viable option for Red Bull should the team decide to switch engines for 2019.

Pierre Gasly started fifth and finished fourth in the Honda-powered Toro Rosso in Bahrain, helped by a double retirement for the sister Red Bull team - including a Renault energy store failure for Daniel Ricciardo.

Renault Sport boss Cyril Abiteboul has made it clear that he wants a decision on Red Bull's plans sooner rather than later, citing the May/June deadline given by the FIA for manufacturers to confirm which teams they will be supplying.

"It's helping their chances of looking attractive to Red Bull," said Ricciardo.

"At the moment it has got nothing to do with me, because I'm not contracted to the team for next year.

"But those engine discussions don't involve us drivers. I'm aware that there could be some changes next year. And it's cool for Honda.

"They obviously invested quite a bit in the last few years, and it didn't work with McLaren.

"But pretty cool that now Toro Rosso is doing well with it."

Red Bull motorsport boss Helmut Marko made it clear that the chances of a switch have increased as Honda has shown improved form in 2018.

"Before we made the decision to work with Honda [with Toro Rosso] we believed it could be a successful package, once they showed us what they were planning to do," he told Autosport. 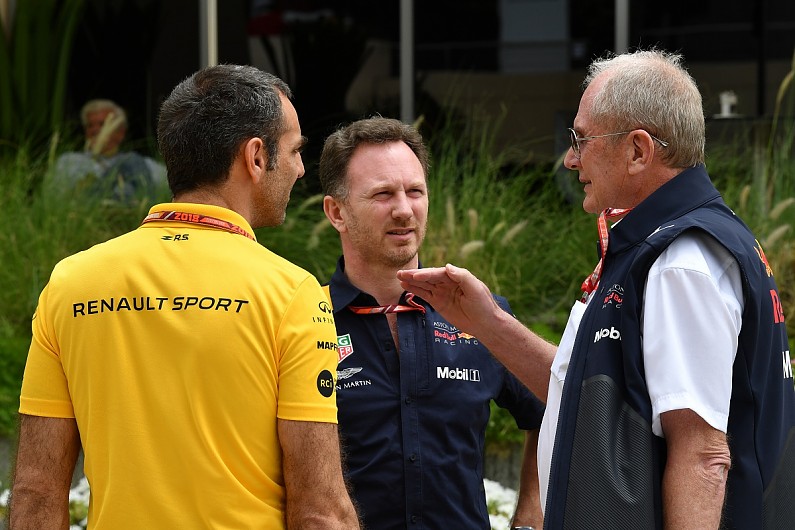 "When the time is right, we'll make our decision. There's a bigger picture which we have to look at.

"It's going in the right direction, and you journalists should know that we are brave."

Team boss Christian Horner has insisted that Red Bull is not in a hurry to make a call, suggesting that the end of the summer was the team's own timescale.

"We've got a great front row seat to follow progress through the first half of the season. That's very much our game plan," said Horner.

Ricciardo's teammate Max Verstappen insisted that Honda wasn't yet on his radar.

"I haven't been thinking about that. And to be honest, it's not up to me.

"Any team, the more power you can have, the better it is of course. But it's still early days of course, so we'll see," he said.

However, he acknowledged that Gasly's performance had registered: "It was great to see. I was standing next to Helmut when we were watching it [qualifying], and it was great to see Pierre put in a great lap.

"I think the whole package seems to be pretty decent."