While the highly-rated Leclerc is beginning his first year of grand prix racing after graduating as Formula 2 champion, Ericsson is in his fifth season of F1 and his fourth with Sauber.

Ericsson scored Sauber's first points of the season last weekend in Bahrain with a strong drive from 17th to ninth, and he has outqualified Leclerc in opening two races.

"He's a very good driver," Leclerc told Autosport. "He has a bad reputation but I don't think he deserves it at all.

"In Melbourne and in Bahrain, he's very fast, and it's difficult for me.

"But I can learn a lot from him. This is good, and I hope it stays like that."

Ericsson's results have been muted thanks to back-of-the-grid machinery, although he did score points in five races when Sauber was more competitive in 2015.

He is one of the tallest drivers on the grid and last year was held back by a 10kg weight penalty to then-team-mate Pascal Wehrlein.

Ericsson adopted a strict diet and fitness plan over the winter, spent January and February in Spain with his trainer and drafted in expert help to work out how to lose weight without compromising strength.

He lost 5kg in bodyweight and, with Sauber's car also no longer 5-8kg overweight, Ericsson says he is at the target level for the first time.

"It's been a tough winter for me but I've been working my ass off," he told Autosport.

"All my F1 career I've had a weight disadvantage to my team-mate. It's difficult to go up against, you try to say it to people but they don't really take it into account. 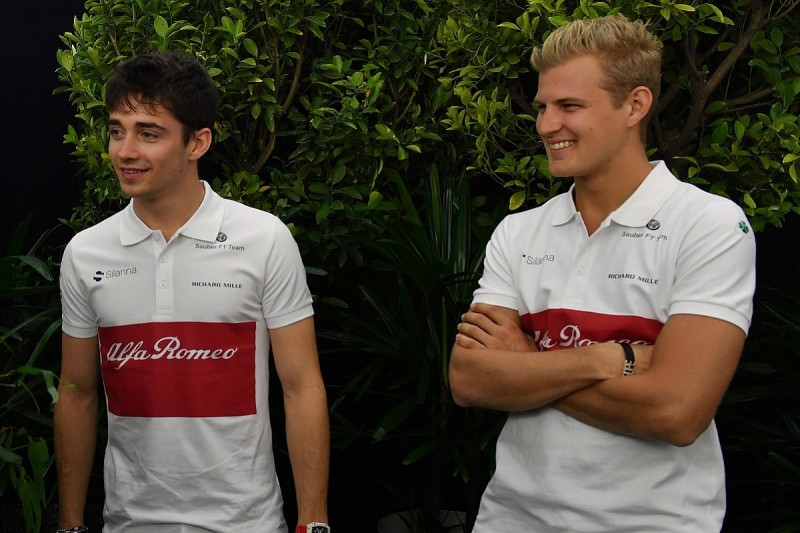 "Charles is the strongest team-mate I've ever had. He's very, very fast, but I feel I've stepped it up a lot as well.

"I see this as my big opportunity to show what I can do and how much I've developed over the years as a driver."

Ericsson could have set a record for consecutive F1 starts without a points' finish later this season, having gone 49 races without scoring before Bahrain.

"It's a great relief because I had some very difficult years," said Ericsson.

"You can feel a weight lifting from your shoulders because even though you know the car has not been there to score points, it's what we're here for."

Leclerc's race was compromised when he pitted on lap three after flat spotting a tyre and gambled on a one-stop strategy.

He suffered high degradation on the mediums and made a second stop after all, finishing 12th.

"They saw I was pushing for it [a one-stop strategy] so we tried it," Leclerc revealed.

"I paid for it the hard way because my team-mate scored points with a normal strategy."