McLaren "will do everything" it can to ensure it keeps Fernando Alonso for the 2018 Formula 1 season, says its chief operating officer Jonathan Neale.

Double world champion Alonso has yet to finish on the podium since rejoining McLaren in 2015 and his current contract expires at the end of the year.

Alonso has said he will make a call on his future by September and the decision will almost certainly be influenced by McLaren's engine plans.

It is evaluating its options amid Honda's problems, but Ferrari and Mercedes have made it clear they will not supply engines to McLaren for next year.

"If I put my personal colours to the mast, I'd love to have Fernando in this team," Neale told Autosport.

"I know we'll do everything we can to keep him in this team but I recognise he will have choices - nothing is a given.

"I think he's a great guy, he's one of the best drivers I have ever worked with and I'd love to have him for longer."

Alonso scored the team's best finish of the season in last weekend's Hungarian Grand Prix with sixth, with his battle with Carlos Sainz Jr one of the highlights of the race.

Asked if he felt Alonso was driving as well as ever, Neale replied: "I do. If you look at how hard it is to overtake in Hungary generally and then look at the move he made on Sainz - that was great.

"He tried a move the first time, he didn't quite make it stick but he got it the next time round.

"To do that safely and cleanly as he did is a great demonstration of his skill and fighting spirit."

No firm decision on 2018 engine yet 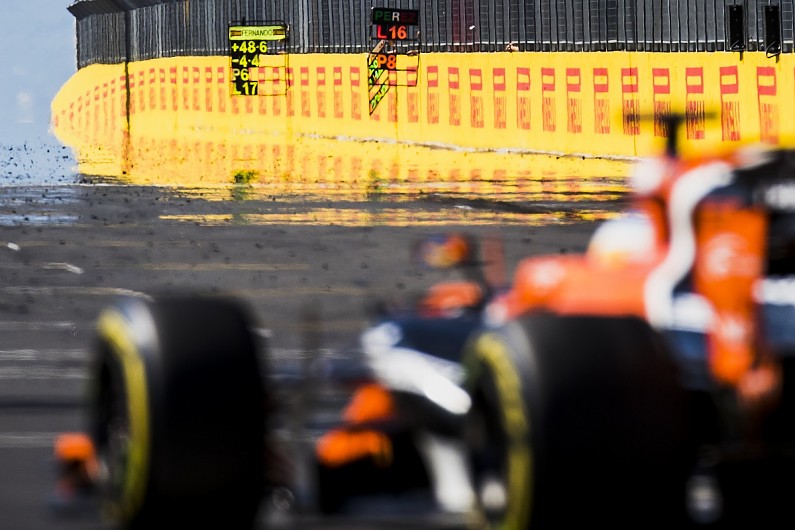 Despite the uncertainty over its engine plans and driver line-up for 2018, Neale said he was "encouraged" about McLaren's future.

"A lot has happened over the last 12 months," he said.

"We're ready to take that next step for McLaren.

"Our thoughts are starting to turn to next year's car and what that is going to look like.

"Of course the engine stuff is in that mix. We need to land all of that in and before the September timescale so our drivers know who we are going to be and what their plans are going to be.

"No firm decisions have been made. We're in lots of dialogue with Honda. We're keeping the FIA and FOM close to what is going on.

"McLaren is a team we have a duty to put back at the front.