Sainz said ahead of the Austrian Grand Prix - Red Bull's home race - that he did not expect to stay at Toro Rosso for a fourth year, which prompted Marko to suggest the Spaniard should not "bite the hand that feeds you".

Horner subsequently revealed Red Bull had decided to take up its contractual option on Sainz for 2018, keeping him at its second team, and Sainz quickly cleared the air with his bosses to move on from the incident.

However, speaking to Formula 1.com heading into F1's summer break, Sainz said his initial comments were a simple case of "sheer ambition".

"I have my opinion and I said it in that very moment," he said. "Maybe I could have used a different wording.

"It is not something that I enjoyed, seeing Helmut and Christian going against me, but it sometimes happens in a Formula 1 career.

"From my side there is nothing else than sheer ambition, and sometimes in the heat of ambition you say things.

"But that is me. I have targets and objectives. It should be over - so turn the page." 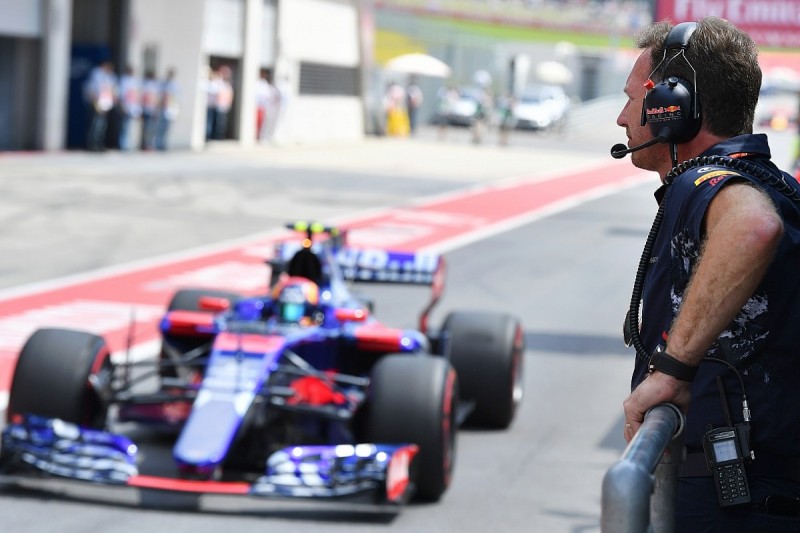 While Horner has declared current Red Bull Racing drivers Daniel Ricciardo and Max Verstappen off limits to enquiries from other teams, he said if a "significant" offer was made for Sainz while he was under contract, it would be considered.

However, Sainz says his sole focus remains trying to get a promotion to Red Bull's senior team.

"It is my one and only target to be a Red Bull driver in the future," he added.

"And if one answer said in the heat of the moment is spinning out of control - that is just modern times."

McLaren 'will do everything' to keep Fernando Alonso for F1 2018