The FIA has dropped the 'Max Verstappen rule' governing Formula 1 driver conduct in braking zones as part of its bid to allow greater freedom on-track in 2017.

Late last season the FIA clarified the rules regarding drivers battling wheel-to-wheel, in response to complaints about the way Verstappen in particular moved under braking to defend his position on occasions.

Those changes resulted in Sebastian Vettel being penalised for the way he defended against Daniel Ricciardo in the Mexican Grand Prix, but over the winter the FIA made clear it wanted to give drivers more freedom to race each other.

"Some of the incidents that we saw last year may be handled slightly differently, simply because the so-called 'Verstappen rule' has gone," said F1 race director Charlie Whiting ahead of the Australian Grand Prix this weekend.

"Before, we said any move under braking will be investigated.

"Now we have a simple rule which says effectively that if a driver moves erratically or goes unnecessarily slowly or behaves in a manner that could endanger another driver, then he will be investigated.

"The way we interpreted the regulations last year was to simply use the rules that we had to say that moving under braking was potentially dangerous, and hence would be reported to the stewards every time.

"[Now] each incident will be dealt with only on the basis of whether or not it was a dangerous manoeuvre, not necessarily because he moved under braking." 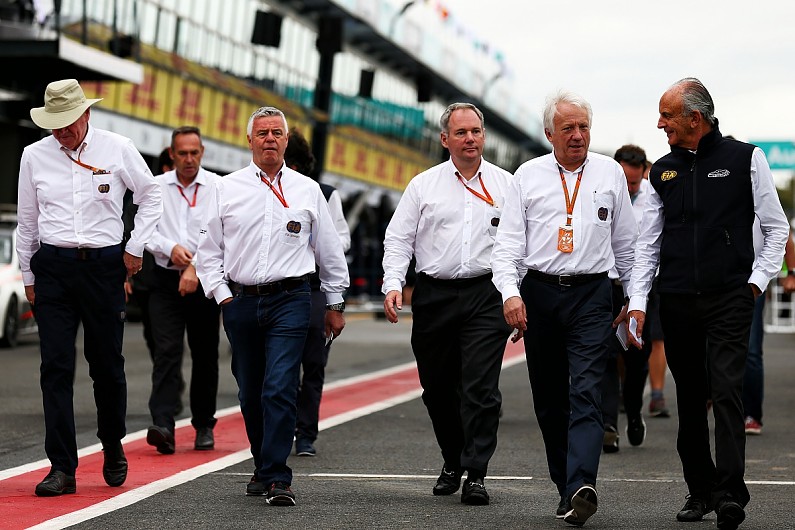 Whiting said that simplifying the rules was a desire of the teams for this year, and the FIA has been working with stewards ahead of the season-opener.

To help improve the consistency of decisions, a video archive of key incidents has been put together for stewards to access at short notice.

"That was the request from the teams, they wanted less investigation, only in cases where it was clearly dangerous would there be action," he said.

"We had a meeting yesterday with all the stewards, and we reviewed all the controversial incidents from last year to see how they would be dealt with under the so-called new rules, or the new approach.

"I won't go into it now, but it was quite interesting. Things would have been dealt with differently, in some cases.

"What we've done to try and help the stewards is to introduce what we call a video archive system, which allows them to instantly refer to other incidents of a similar nature.

"So without having to trawl through and try and remember what happened to so and so, they'll be able to pull up any similar incident.

"They'll be sorted by type of incident, for example - causing a collision, click, click, click, six of those incidents, see what the decisions were, and that should be able to give the stewards not only more chance to be consistent, but also faster."

Whiting clarified that the strict rules governing drivers only making one move while defending a position remain in place.