The 18-year-old dovetailed the F1 duties, which included two days of testing, attending grands prix and participating in the simulator programme, with a full campaign in GP3 with DAMS.

He finished the season 12th with 36 points, reaching the podium once with third at Spa, and drove for DAMS and Trident in post-season testing in Abu Dhabi.

"He will stay as the development driver," said Steiner.

"It's a long-term project, we don't exactly what we're going to do next year with him because as you know testing is still up in the air.

"We know the tests we are doing but we still need to decide when we use the rookie days and who we put in it.

"We also need to decide if we are going to do some FP1s with him or not.

"Over the winter, we're going to sit down with him and see what we're doing."

Steiner said Ferrucci needs to focus on becoming "more consistent" after an "up and down" season in GP3.

"He has got the good pace, he just needs to get good laps together," said Steiner. 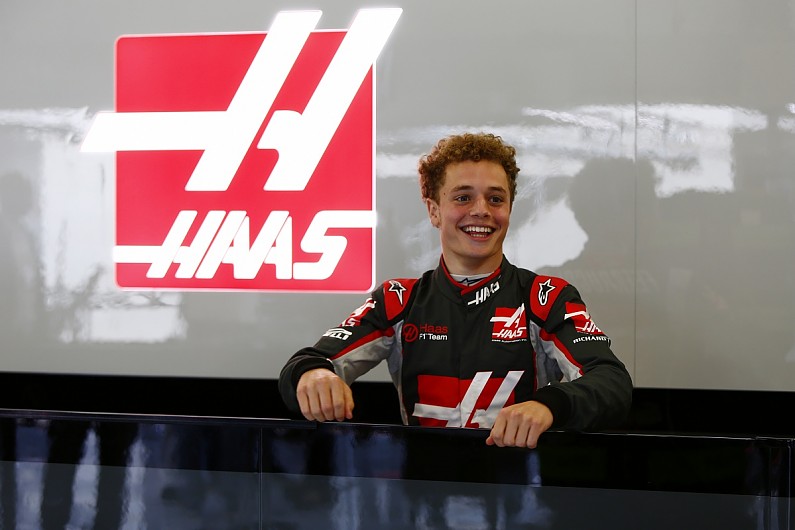 "In races he's pretty good, he normally goes forward and he was on the podium once as well.

"He's pretty young and he just needs to focus on 'OK I can do three fast sectors, now I need to make a quick lap out of it'."

When asked if he felt Ferrucci was set to become America's next F1 driver, Steiner said: "I hope so.

"At the moment I think he will stay in GP3, we need to see how he develops - that is why we worked with him.

"In the United States, of the young guys, he's the most promising in the bracket of age we need so therefore we support him.

"If he makes it or not it's more down to him than to me."