The three-time world champion won 10 races this season, including the last four, but missed out on his fourth title to Mercedes team-mate Nico Rosberg by five points.

There were flashpoints on track, which included Hamilton and Rosberg colliding in Spain and Austria, while in the finale in Abu Dhabi, Mercedes asked Hamilton to up his pace as he tried to back Rosberg into the chasing pack.

Hamilton also suffered engine problems in China, Russia and Malaysia, the latter of which was a spectacular failure that robbed him of victory.

Ahead of the season, Mercedes bosses decided to swap several members of Rosberg's and Hamilton's crew around between the drivers.

Hamilton, who did not mention specific incidents when making his comments, said: "There have been instances that have felt a bit odd.

"There have been some uncomfortable scenarios. But I should expect that.

"That comes with the territory when you've competed at the front for some time.

"It's a tricky scenario for a team when they've got two drivers fighting for a championship.

"But what doesn't kill you only makes you stronger so through those experiences you learn a lot about different characters and also about yourself." 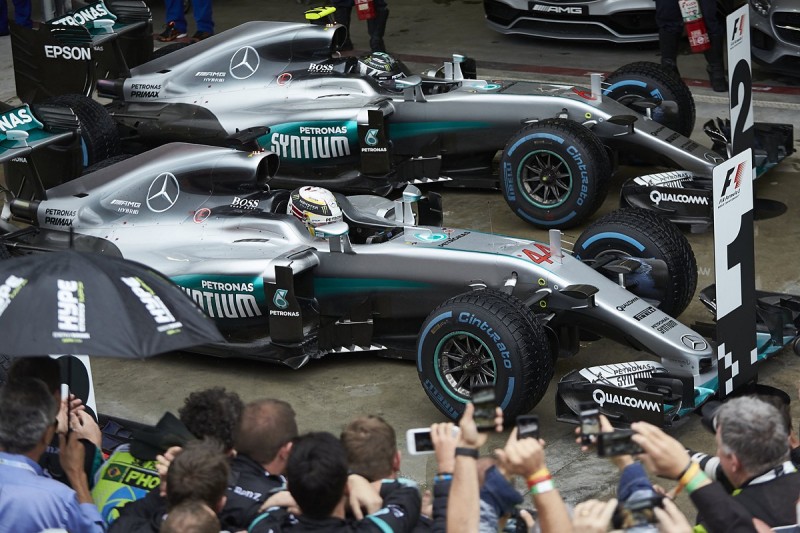 Despite missing out on the title, Hamilton feels he has learned a lot and remained in a positive frame of mind.

"I came out with more wins and more poles this year, which is great," he said.

"Growth as a driver and also the bond that I have built with my guys is something that really strengthens me going into next year.

"I learned a lot about myself this year.

"I understood where the weaknesses are that I can now improve for next year - although actually I did part way through the season."

Hamilton admitted the change in technical regulations for 2017 will be a challenge but he believes Mercedes is well equipped to deal with it.

"Getting on top of the new regulations is going to be a real team effort but I'm game for that," he said.