Leading Formula 1 drivers disagreed with Max Verstappen's criticisms of the raised kerbs at the Red Bull Ring that twice damaged his car in free practice.

The teenager lost his front wing endplate after running over a section of raised kerbing at the exit of Turn 8 in FP1, and his session ended early when he broke his suspension by running wide at Turn 5.

Verstappen complained over the radio that the kerbs were "dangerous" and "unbelievable", and after the day's running he added that he felt they were too high.

"The problem is, I understand we have to respect track limits, but it's better to put a wall there," he said.

"I destroyed two front wings and front suspension. It's a bit too high.

"The cars are made for certain things, not to ride such kerbs.

"The solution is better in Turn 1, to just have one full, bigger kerb, instead of those smaller ones."

Verstappen received little sympathy from other drives in the paddock, including his team-mate Daniel Ricciardo.

"It's not personal to Max, but I do like that if you make a mistake you can't just continue like it's nothing," said Ricciardo.

"I don't think they're dangerous, I actually think they are quite good.

"You're going off track and at least you're paying a penalty."

Former Red Bull driver Sebastian Vettel said: "I haven't been on them so I haven't experienced how harsh they are.

"They need to build stronger front wings then they would stop complaining."

Jenson Button said the kerbs "seemed to work pretty well" and he feels drivers were able to learn from Verstappen's mishaps.

"The big kerbs Max hit broke the car, but it's always going to in that situation when the car is loaded up," said Button.

"He knows where it is now, and we all understand how aggressive they are from his incident, so we'll try and stay off it."

Neither Mercedes driver believes the raised kerbs are a problem, with Nico Rosberg saying "they are fine" and "it's better not to go there".

Team-mate Lewis Hamilton added: "I hit some of them - I went off in Turn 8 and damaged the car.

At Force India, Sergio Perez said the current solution was "not the best way forward", while Nico Hulkenberg suggested the driver has to carry some responsibility.

"I didn't touch them today - I think they're fine," said Hulkenberg.

"You have to be a bit reasonable as a driver, [Verstappen] was over the limit there, he shouldn't go where he was going.

"But the ones at Turn 8 are on the limit, so we will discuss that and see what we can do."

Haas's Romain Grosjean shared Hulkenberg's reservations about Turn 8, and sided with Verstappen on the nature of the kerbs.

"If you have a snap on entry then you have to go wide, and then you hit those with the floor first then for our back it's quite bad.

"Even into Turn 1, when you run wide, it's a big shock to the back.

"It's a way to avoid having track limits problems, but on safety for us it's not ideal." 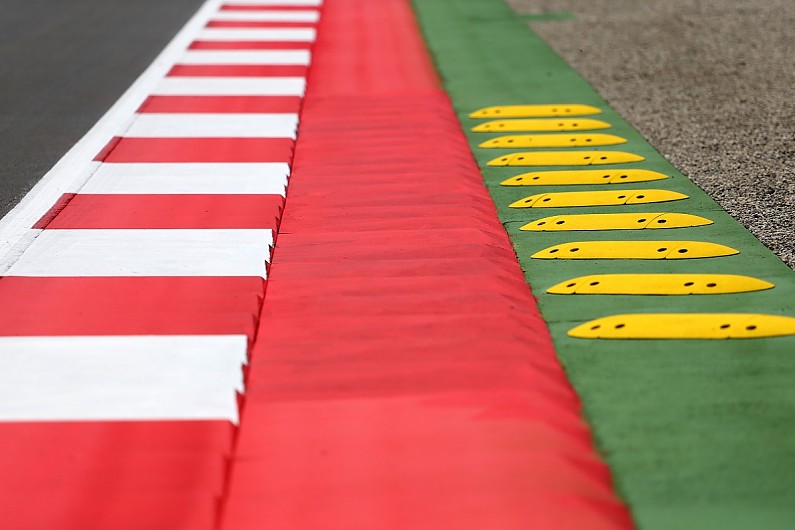