Carlos Sainz Jr has called on Toro Rosso to improve the mechanical grip of its car if the team is to enjoy a strong second half of the Formula 1 season.

Sainz and Max Verstappen have Toro Rosso on course to secure its biggest-ever points haul, with the latter's fourth place in Hungary the team's best result since its last race with Sebastian Vettel, the 2008 Brazilian Grand Prix.

As the rookies look to build on that, Sainz feels there is one particular area of the STR10 that is in need of attention.

"I believe aero-wise we are in a very good shape. We are on the corners from fifth gear, sixth, seventh, eighth, and for sure we are one of the best on the grid in terms of downforce.

"But then on mechanical grip, I believe we are not so good, that we still have a margin for improvement.

"I feel, for example, teams like Williams and Ferrari - who are really good in the high-speed corners - we can be better than them. In low-speed we are the same or just a bit under.

"We have teams like Red Bull who are now getting to a point where they have a complete package, despite the engine, while Mercedes is on another planet with both the mechanical and aero.

"Yes, we have very good downforce, but on the chassis side we still have a margin for improvement."

Despite scoring 31 points from the 10 races to date - Toro Rosso's best for an entire season is the 41 it gathered in 2011 - Sainz feels the team has fallen short of its potential.

Three retirements in the last three grands prix, in particular, has not helped the Spaniard, who currently finds himself outscored by Verstappen, 22 points to nine. 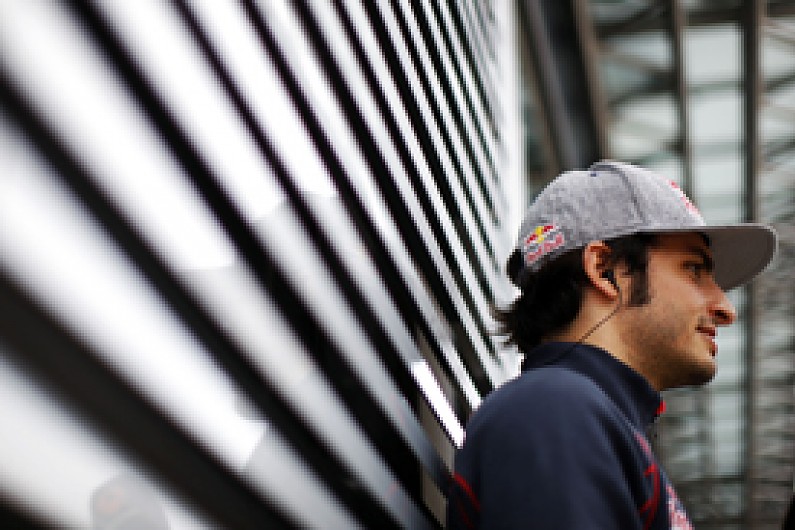 "It's been a positive start to the season, and I can say I am more or less where I expected to be in terms of performance and seeing myself in F1," added the 20-year-old.

"Maybe a tiny bit better, because you never expect to do a P5 [in qualifying] in your home race, or with some of the other strong qualifying sessions I've had.

"I'm pretty happy, although I think STR should have more points than we do at the moment.

"My position in the championship, and that of STR, doesn't reflect where we should be with all those mechanical failures.

"From now on we are here to recover from that and to show what our potential is. I feel we should be much further ahead with the job we have been doing so far."