Jenson Button says he was surprised to hear Max Verstappen imply Romain Grosjean braketested him in Monaco and warned the Formula 1 rookie to be careful with remarks to journalists.

Verstappen has been given a five-place grid penalty for the Canadian Grand Prix after a high-speed collision in which he clipped the rear of Grosjean's Lotus and crashed heavily at Sainte Devote.

Verstappen and Massa in fresh spat over Monaco crash

While Button refused to blame a lack of experience for the incident, he did suggest Verstappen should be more mindful over how he reacts.

"He's obviously inexperienced, it's easy to go and jump on the bandwagon with that," said the McLaren driver.

"I think, the thing is, you've got to be very careful with what you do say in the press.

"To point the finger at someone and say that they braketested you, that's serious.

"I don't think that happens in motorsport these days, we're all grown-ups and we don't do things like that in Formula 1."

In the wake of the Monaco crash, Verstappen suggested Grosjean had triggered it by braking unexpectedly early - a charge Lotus refuted. 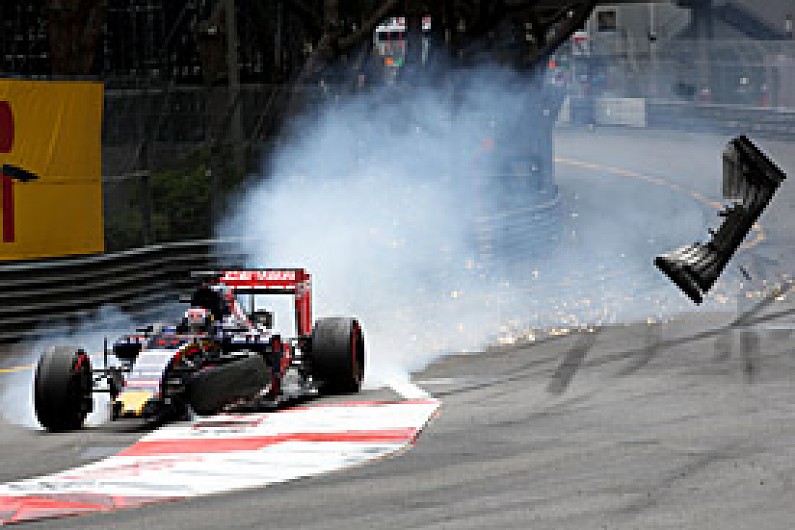 "I braked in the same spot like the lap before but he clearly braked 10-15 metres earlier," said Verstappen at the time.

"When it is that close, you have no room. He caught me by surprise.

"I realised at the moment he braked, but by then it is too late because you don't expect someone to brake that early."

When asked if he was disappointed with Verstappen's insinuation, Button said: "It was a surprise, yes.

"Obviously emotions run high in this sport, but looking at the talent that we have in the sport, we're all very intelligent guys.

"We know the dangers of this sport and we'd never do anything like that."