Honda's Formula 1 engine upgrades will not give McLaren a power improvement until at least the Austrian Grand Prix, with only reliability and efficiency benefits expected in Canada this weekend

AUTOSPORT understands the developments Honda used some of its engine upgrade token allocation on are expected to unlock more performance from the power unit eventually, perhaps as soon as the next race in Austria, where McLaren is also planning to introduce a major aerodynamic update.

The Red Bull Ring's high altitude and different atmospherics also demand more of engines, a challenge Honda's changes could be trying to pre-empt.

The Japanese manufacturer has used two of its available engine upgrade tokens ahead of the Montreal F1 race this weekend.

But Button and Alonso have warned not to expect a dramatic immediate effect.

"It's to go on efficiency, which will hopefully help us around here," said Button.

"I can't tell you any more than that."

When Alonso was asked what impact the upgrades would have in Canada, he replied: "Not really much. In fact the engine is exactly the same this weekend compared to Monaco.

"We did use two tokens but they are more for reliability reasons for some of the problems we faced recently."

ALONSO: POWER NOT ONLY PROBLEM

McLaren-Honda scored its first points of 2015 in Monaco with Button's ninth place, but the team had hoped for more. 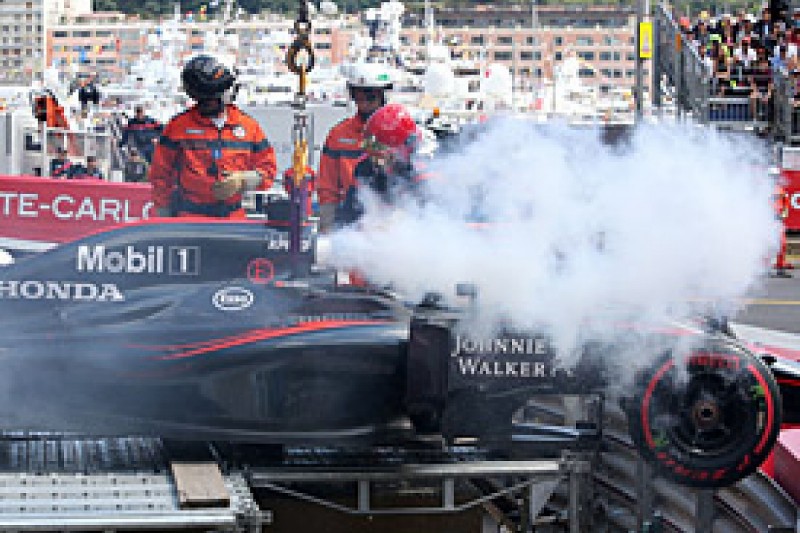 Alonso said the lack of Monte Carlo performance plus his recent string of mechanical failures underlined how much there was still to do beyond Honda power gains.

"It was a weekend where we expected a lot because the power effect is quite low in Monaco, and we probably didn't perform as good as we thought so we're struggling also on the chassis side," he said.

"We have a good understanding of what we're missing at the moment in terms of mechanical grip as well as aerodynamics and the behaviour of the car.

"So there are many things for us to do. We have to improve in many areas, not only the power unit.

"There are some plans to improve that as well."

F1 driving is now like being an aeroplane pilot - Fernando Alonso