Red Bull team principal Christian Horner has called on the FIA to take action to equalise engine performance and close up the Formula 1 field.

The lead Red Bull of Daniel Ricciardo finished a lapped sixth in the Australian Grand Prix, with the two Mercedes drivers first and second, half-a-minute ahead of Sebastian Vettel's Ferrari.

Horner claimed that rule changes were regularly made to hold his team back during its years of dominance in 2010-13, so the same should be done to Mercedes.

"When we were winning, and we were never winning with the advantage they [Mercedes] have, I remember double diffusers were banned, exhausts were moved, flexible bodywork was prohibited, engine mapping mid-season was changed," said Horner.

"Anything was done, and that wasn't unique to Red Bull.

"Whether it was Williams in previous years or McLaren, I think it is healthy to have a situation [of closing the field up].

"The FIA, within the rules, have an equalisation mechanism; I think it's something that perhaps they need to look at."

Horner further justified his position by stressing that the dominance of Mercedes is bad for F1.

This is despite accepting that Mercedes has done a good job in producing a car and engine that are the class of the field.

"Take nothing away from Mercedes, they have done a super job," he said.

"They have a good car, a fantastic engine and two very good drivers.

"The problem is the gap is so big that you end up with three-tier racing, and that is not healthy for F1." 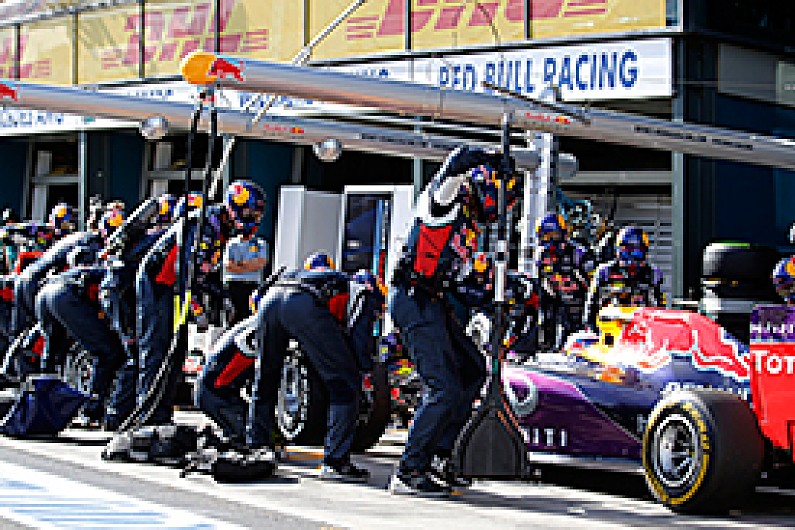 When asked about Horner's comments, Mercedes motorsport boss Toto Wolff suggested that Red Bull should focus on improving rather than seeking assistance from the regulator.

"If you come into Formula 1 and you try to perform at the highest level and equalisation is what you need after the first race and you cry out, that's not how we have done things in the past," said Wolff.

"I just think get your head down, work hard and sort it out.

"It is always a political season; it was last year and it will be this year."

Horner suggested that the FIA could use the data on engine performance that it collects as the basis for equalisation.

"The FIA have a torque sensor on every engine," he said.

"They can see what every power unit is producing and they have the facts.

"They could quite easily come up with some form of equalisation."