Pastor Maldonado has secured the second Lotus Formula 1 seat for 2014, alongside Romain Grosjean.

The Venezuelan had been working on a deal with Lotus since leaving Williams, but also entered into talks with Sauber amid uncertainty about Lotus's status during its efforts to secure investment from the Quantum organisation.

"It is a fantastic opportunity for me to join the Lotus F1 team for 2014," said Maldonado.

"It's no secret that I have wanted a change of scene to help push on with my Formula 1 career and the Lotus F1 team offered the very best opportunity for me to be competitive next season.

"The regulations and cars will change significantly so it is a very good time for a fresh start."

Maldonado spent the first three years of his F1 career with Williams, graduating to its line-up after winning the 2010 GP2 title.

He won the 2012 Spanish Grand Prix, but grew frustrated with the team's uncompetitive '13 form.

BOULLIER: MALDONADO CAN THRIVE AT LOTUS

He has also drawn criticism for his driving ethics at times, and for his attacks on the Williams team towards the end of their relationship.

Lotus boss Eric Boullier insisted his organisation could get the best out of Maldonado.

"It is clear that Pastor has pace and potential - demonstrated by his 2010 GP2 Series title success and then through strong races throughout his career at Williams," said Boullier. 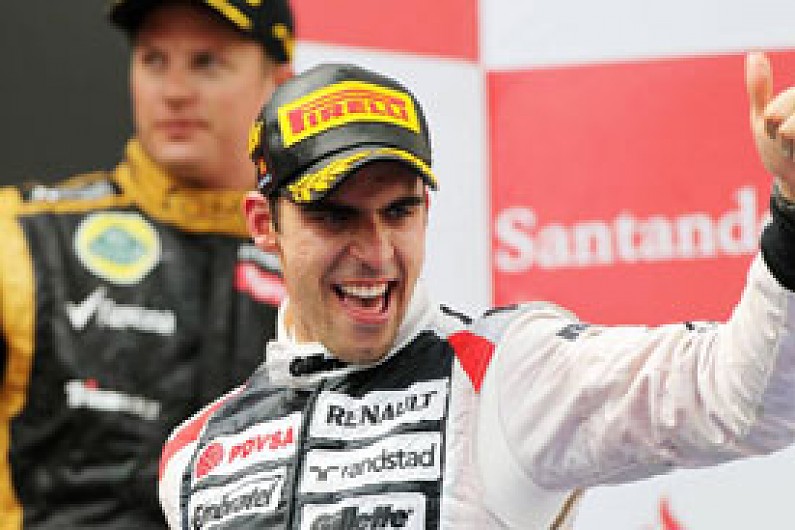 "We are convinced that we will be able to provide the correct environment to enable him to flourish regularly on track."

Maldonado takes the seat vacated by Ferrari-bound Kimi Raikkonen, while his former place at Williams will be occupied by Raikkonen's Ferrari predecessor Felipe Massa.

Lotus had admitted that its preference had been to sign Nico Hulkenberg for 2014, but its financial situation prompted it to go for the well-funded Maldonado instead.

Hulkenberg is now expected to return to Force India after a single season at Sauber.