Sauber has told its Formula 1 reserve driver Robin Frijns that he will not be retained for next year.

The reigning Formula Renault 3.5 champion was signed up as the team's third driver last winter, but with Sauber's option on his contract expiring this month the Swiss outfit has decided not to keep him as part of its set-up.

Frijns, who has scored one win in a bit-part GP2 campaign this year, is not racing at Monza this weekend and will not attend the race with Sauber.

"I don't know what happens now," the 22-year-old told AUTOSPORT. "All I know is I'm sitting at home and everybody is in Monza.

"I'm a free agent. I don't blame Sauber, they have to keep themselves alive as a team and I understand that.

"Of course they have a great history with young drivers and giving them a chance in Formula 1.

"But they also have a financial situation that everyone knows about, and that is something that is out of my hands."

Frijns, who won three junior single seater championships in succession (Formula BMW, Formula Renault Eurocup, Formula Renault 3.5) prior to this season, said his 2013 has been very hard to deal with.

"I've had a lot of downs this year," he added. "It's annoying but there is nothing I can do about it. 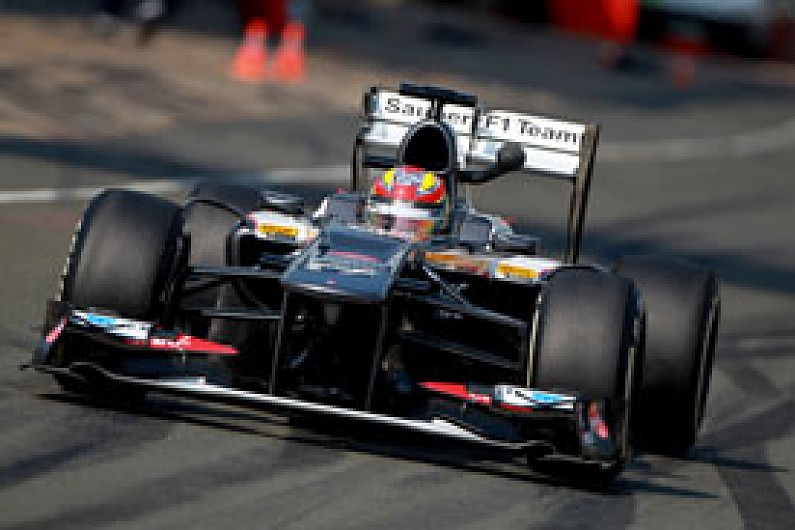 "I helped Hilmer Motorsport get their first GP2 win which is a big achievement that I'm proud of.

"But other than that it has been a terrible year.

"Right now, we don't have a plan. The most important thing now is I'm free and I can do what I want.

"Hopefully someone gives me a chance to show what I can do."

With Sauber being one of the few F1 teams without the use of a simulator, Frijns's seat time as reserve driver has been limited to running at Silverstone's young driver test.

The outfit is also now in the process of preparing Russian FR3.5 racer Sergey Sirotkin for a graduation to F1, potentially as early as 2014 following a deal struck with a group of Russian investors.