Sebastian Vettel took pole position by nearly a second on a drying track in qualifying for the Malaysian Grand Prix.

With the circuit improving moment by moment in the final part of Q3, Vettel made great use of a fresh set of intermediates to lap in 1m49.674s for Red Bull.

The Ferraris will line up behind Vettel on the grid. Felipe Massa outqualified Fernando Alonso for a fourth straight race, but was still 0.9 seconds adrift of pole.

Lewis Hamilton held provisional pole for Mercedes going into the last minute, before being shuffled back to fourth by Vettel and the Ferraris.

Mark Webber was another man who had had a strong pole shot but ended up lower down, in his case fifth.

McLaren managed to get both cars into Q3, as Jenson Button and Sergio Perez took eighth and 10th. They were split by Adrian Sutil's Force India, which had been fastest in Q1.

The rain had started in Q2, catching out those who had not set an early banker lap. 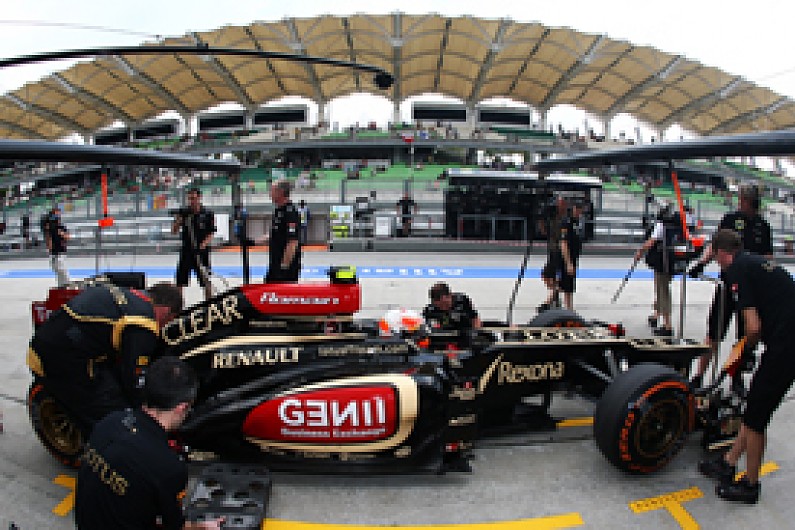 The Ferraris just made it through in time, but Romain Grosjean's early time was pushed back to 11th, leaving the Lotus driver frustrated.

Paul di Resta spun helplessly to 15th, behind Nico Hulkenberg, Daniel Ricciardo and Esteban Gutierrez. Pastor Maldonado did not manage to get a lap in at all.

Williams had already lost Valtteri Bottas, unable to get out of Q1, along with Toro Rosso's Jean-Eric Vergne.

Both men were only a few tenths clear of the astonishing Jules Bianchi's Marussia. The French rookie beat the rest of the backmarkers by 0.9s and was 1.2s quicker than team-mate Max Chilton.