McLaren insists that its efforts to get back to winning ways in Formula 1 will not be disrupted by its decision to join Extreme E next year.

The Woking-based team announced on Friday that it would be joining the fledgling all-electric SUV off-road racing series from the start of 2022.

But, with the squad chasing its first F1 win since the 2012 Brazilian Grand Prix, McLaren CEO Zak Brown was absolutely clear that the decision to join Extreme E was only made once it was convinced there would be no negative impact on its grand prix aspirations.

Brown said that the limited resources and personnel needed to compete in Extreme E had won McLaren over in convincing it that there would be no drain on its other motorsport efforts.

"The way you transport the vehicles, and the limited size of the teams, are certainly not organisationally very disruptive," said Brown.

"We have a filter, if you like, when we look at new racing series. It has to be commercially viable, it has to fit our brand and has to deliver new fans.

"It has to be attractive to our commercial partners and it can't be disruptive to our F1 team.

"It needs to be additive to our F1 team, and we need to feel we can be competitive. Extreme E ticked every single one of those boxes." 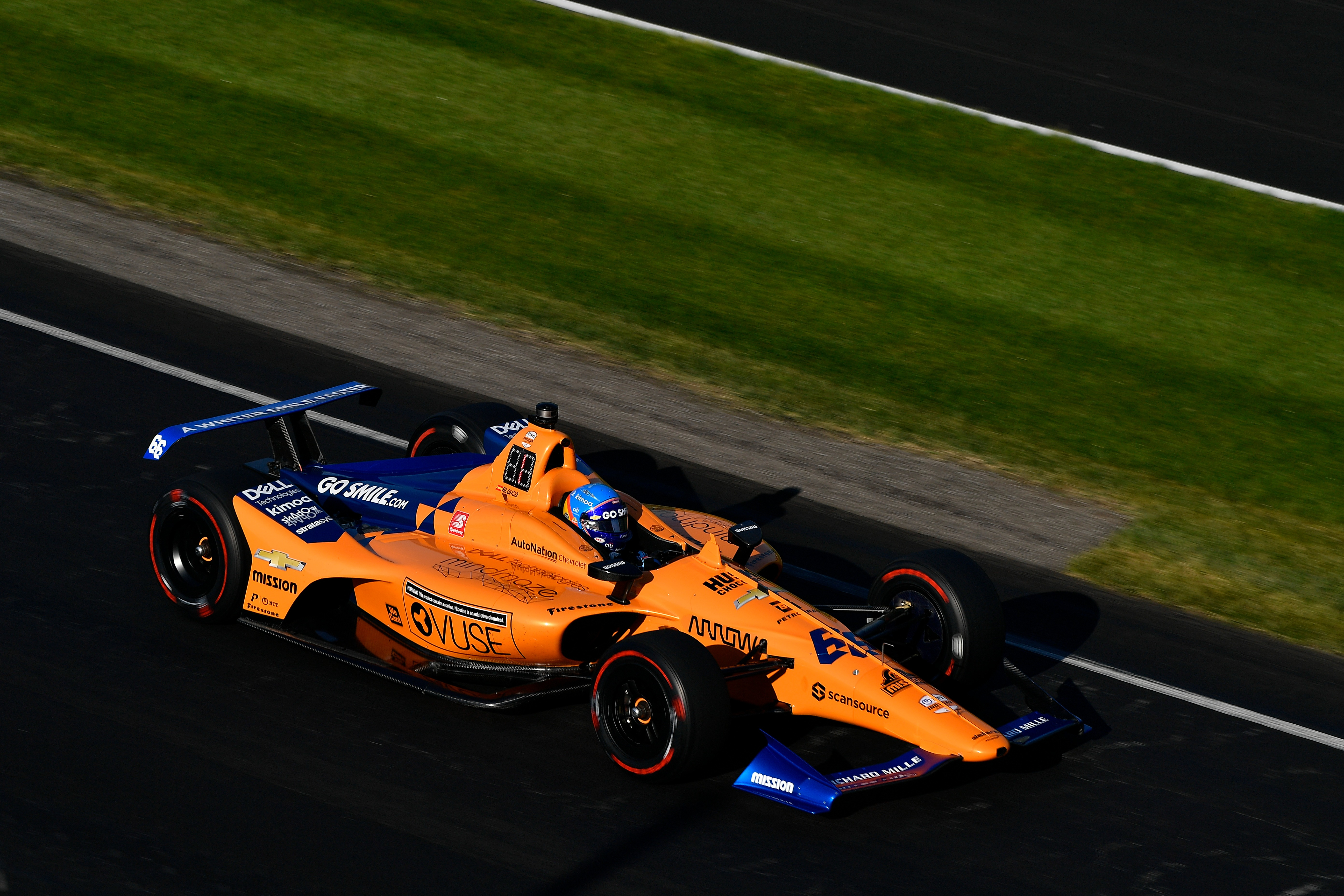 Fernando Alonso failed to qualify for 2019 Indy 500 with McLaren

McLaren said that its achievement in becoming a race winner in IndyCar alongside its F1 efforts had given it the conviction that an Extreme E assault would not hurt other parts of its business.

"Definitely our success in IndyCar, on and off the track, has raised our confidence that we can compete in multiple series competitively," he said.

"It certainly validated that if we approach things in the right way, being well thought out and properly financed, that they can be successful and again be additive to our F1 efforts.

"I think it's one of the reasons why we've not made a decision on other series [like Formula E and World Endurance Championship]. It's let's do one step at a time, let's make sure we can digest what we bite off."

Brown also said that lessons learned from its troubled Indy 500 effort in 2019 - when Fernando Alonso dramatically failed to qualify - have also been taken on board when it comes to being strict about what categories it commits to.

"Certainly we can't get ourselves in a situation which I got us into in 2019, where I think I did bite off a little bit more than I could chew," he explained. "We saw the result in Indianapolis.

"As I tell everyone at the factory, mistakes are OK, just don't make the same one twice. So I'm certainly going to be very cautious and deliberate, when adding to the McLaren Racing portfolio, that it's something I feel we can digest and do properly."

McLaren has signed an agreement with Formula E to give it the option of joining the series for when the new rules are introduced in 2022-23, but has yet to make a decision over whether it will in fact race in the category.