McLaren Racing will enter the second season of Extreme E in 2022, becoming the 10th team to commit to the fledgling all-electric SUV off-road racing series.

Billed by championship co-founder Alejandro Agag as “probably the biggest news in the short history of Extreme E”, McLaren joins Cupra and GMC as the third manufacturer involved - while Lotus Engineering has a technical partnership with Jenson Button's JBXE outfit.

This decision to enter follows a “detailed evaluation of the series” carried out by McLaren, not unlike the process to decide if the team will take up its option to enter Formula E for the Gen3 rules in 2022-23.

While McLaren Racing CEO Zak Brown told select media, including Autosport, that no final decision had been made on a prospective Formula E or World Endurance Championship Hypercar programme, he said he expected Extreme E slots to be “sold out quickly” and that McLaren Racing “didn’t have the luxury of waiting another six months” to join.

PLUS: What Formula E must do for McLaren to act on its attraction

Extreme E has fulfilled the “strategic, economic and operational criteria” for McLaren Racing and an entry into the championship will allow the team to reach new “fans and partners”.

The Extreme E team will use existing personnel from outside the Formula 1 programme plus “specialist resource” as McLaren bids to improve its own "sustainability and diversity agenda".

This comes despite the road car division of McLaren and its chief executive officer Mike Flewitt telling TopGear.com that “an SUV is only going to dilute the McLaren brand”.

Brown said: “From the moment Extreme E was announced we have been following the progress of the series closely.

“Our attention was immediately drawn by the innovative format of this motorsport platform, in particular the ability it gives us to accelerate and boost our own overarching sustainability agenda, which shares the same priorities of decarbonisation, waste reduction, diversity and equality. 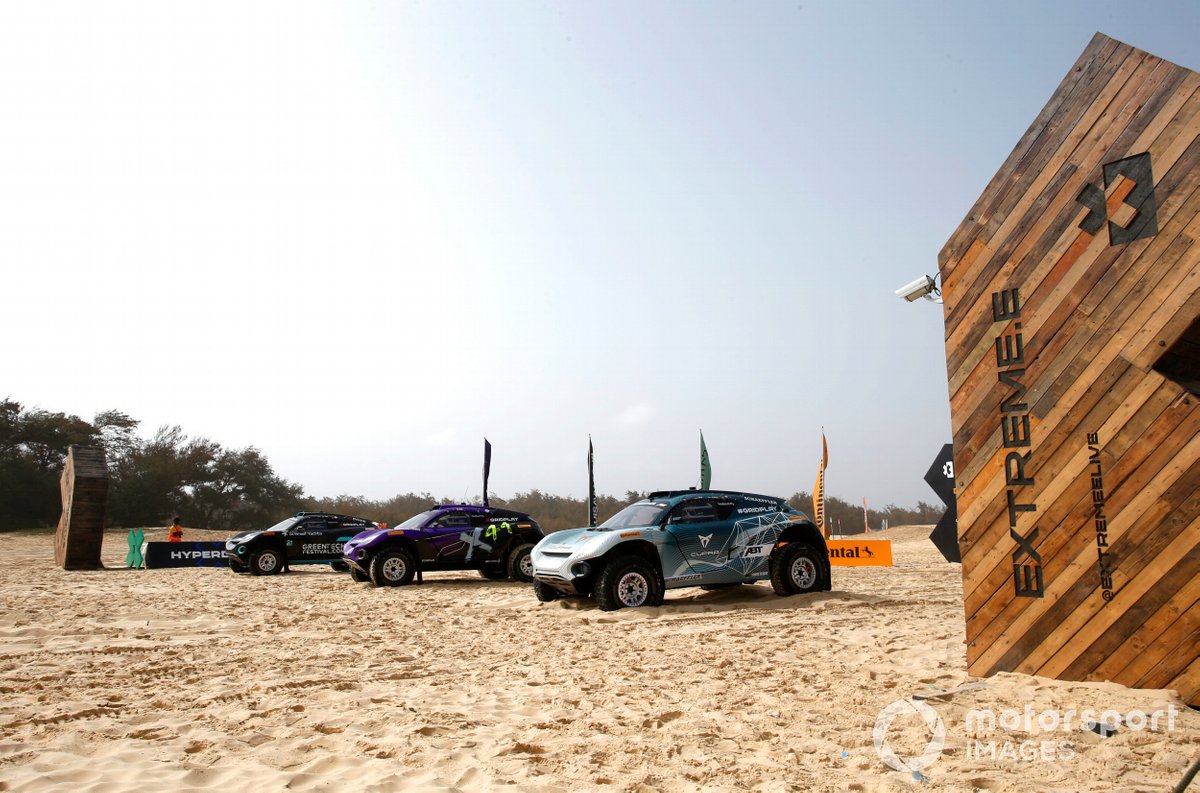 “While Formula 1 will always remain at the centre of our world, like IndyCar and Esports, our entry into Extreme E is additive to the McLaren Racing franchise and will complement and help support all our programmes.

“We will be competing against big names we’re very familiar with from F1 and IndyCar [JBXE, Lewis Hamilton's X44 team, Nico Rosberg's Rosberg X Racing, Chip Ganaasi Racing] but, like all series we compete in, the competition objective is clear: we are there to win.”

PLUS: Why Extreme E's Senegal round hints at the series' true potential

However, Brown clarified his role with Andretti United as akin to being a “silent partner” and that he would “continue letting them do what they do” while his focus was “100%” on McLaren Racing’s entry.

Extreme E co-founder Alejandro Agag added: “To have McLaren on board, which symbolises the highest level of racing and automotive innovation, is a huge endorsement that what we have delivered in just our first two races of Season 1 has already created real impact in motorsport."

Agag has maintained the championship will be capped at 12 teams due to the size constraints of the RMS St. Helena, which freights the majority of the cargo to each location.

McLaren Applied was originally down to supply the standardised battery system for Extreme E until a 2019 switch to Formula E Gen1 and Gen3 provider Williams Advanced Engineering.