Abt Cupra driver Claudia Hurtgen will miss the second Extreme E round in Senegal after contracting a virus and will be replaced by 2001 Dakar Rally winner Jutta Kleinschmidt.

Hurtgen contested the Friday shakedown and free practice session aboard the team’s Odyssey 21 but was the slowest driver around the 3.9-mile course on the beach front.

She posted a 6m12.111s effort on the Lac Rose, Dakar lap while her team-mate and two-time DTM champion Mattias Ekstrom topped the leader board with his run of 4m50.580s.

But it has now been revealed that sportscar and GT veteran Hurtgen was suffering from a virus and will no longer be able to contest qualifying on Saturday or the Sunday races.

The 49-year-old will be replaced by Kleinschmidt, 58, who returns to the site of her 2001 Dakar Rally triumph aboard a Mitsubishi Pajero Evolution on its 20th anniversary.

Kleinschmidt, on site at every Extreme E round as an official reserve driver and course design consultant, told Autosport: “I jumped only in the car on the course after it was designed [this time] to check it.

“We did one lap with the race track, no more, because unfortunately the race car was not working anymore.

"It had changed quite a lot now many cars drive over it.

“It’s actually quite nice to start a new race here… it’s been a long time!

“It’s good fun. Let’s see what it is tomorrow. I’m looking forward to it, it’s exciting. 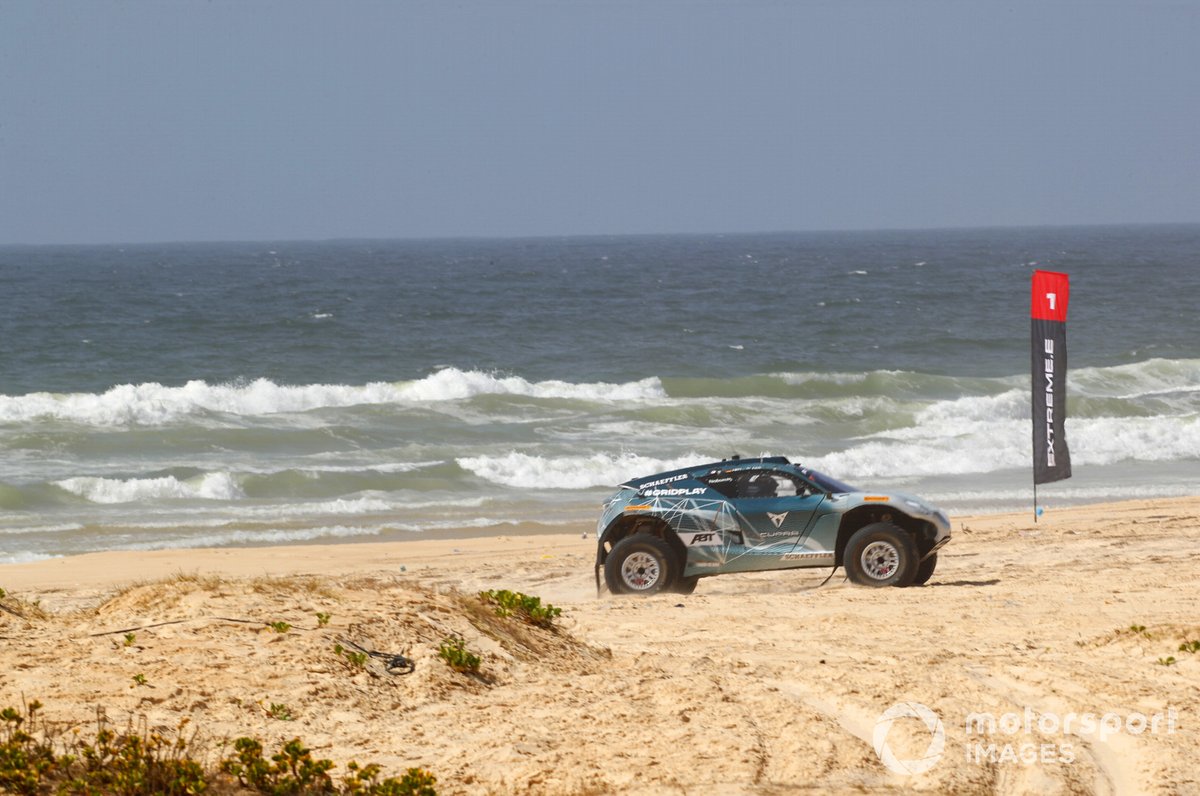 “Claudia was feeling really bad today and they think it will be not better tomorrow unfortunately so I will jump in”.

Abt Cupra handed the official information to Extreme E that ruled out Hurtgen, with Kleinschmidt offered up as the reserve, which the team “graciously” accepted.

The championship then had to issue an official bulletin before the swap could be confirmed.

An official Abt team statement read: "We are super sad to announce that Claudia Hürtgen will not be able to compete for us at the Ocean X-Prix due to a heavy stomach bug.

"While we wish her all the best we respectfully accept the offer of Extreme E to let spare driver Jutta Kleinschmidt join our team this weekend."

Autosport understands that Hurtgen was ill when she arrived on site on Friday but persevered through filming requirements and the practice run.

The team has also asked organisers for special dispensation to run Kleinschmidt in the car down the service road so she can adapt to the various software and setting differences to the central Extreme E spare care.

She will also require a seat fit and belt adjustment.

If another female driver became unable to take part, with Kleinschmidt now unavailable, the team would be solely responsible for finding a replacement overnight.

Double DTM champion Timo Scheider is on standby as the male reserve driver.