At the start, Yifei Ye took the lead in the WRT ORECA that had won the previous two races at the Circuit de Catalunya-Barcelona and Red Bull Ring, and proceeded to build up a substantial gap over pole starter Rusinov throughout the opening stint.

But a full course yellow just around the first pit window and a safety car at the halfway mark wiped out the championship-leading team’s advantage and it was further hampered by a penalty handed to Ye for beaching in breach of the rolling start procedure.

As the race settled down, the #32 United ORECA came to the fore, albeit under pressure from G-Drive.

United driver Job van Uitert, sharing with Manuel Maldonado and Nico Jamin, was hunted down by fellow Dutchman de Vries and then forced to surrender the lead with an hour left to go.

Mercedes Formula E ace De Vries then remained faultless throughout the final stint as United driver Tom Gamble in the #22 car he shared with Phil Hanson and Jonathan Aberdein passed team-mate Van Uitert just before the final round of pitstops.

De Vries crossed the line to win by 6.38s from the #22 and #32 United Autosport cars, while the Duqueine ORECA of Tristan Gommendy, Rene Binder and Memo Rojas pushed Ye, Louis Deletraz and Robert Kubica down to fifth at the flag. 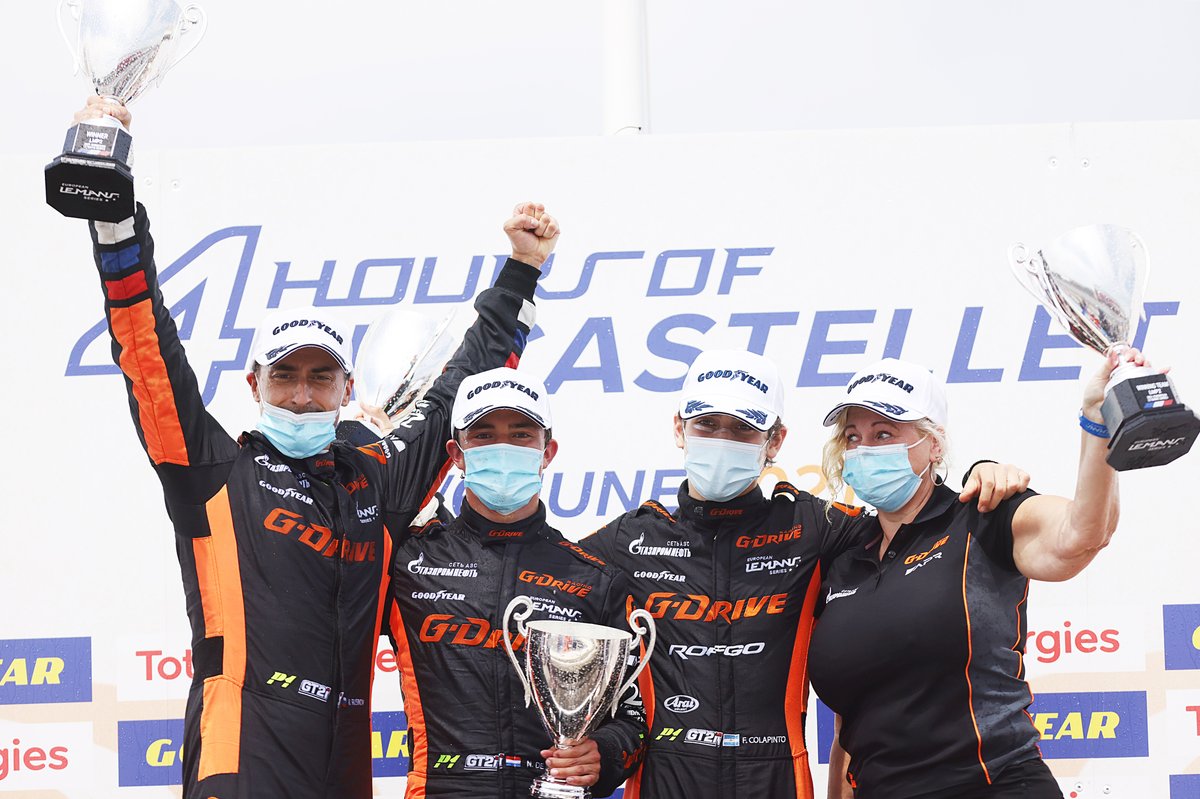 The LMP3 class looked affected most by the on-track incidents as the field was immediately split on strategy, with some teams electing to pit early under yellow and others waiting it out. It soon became apparent however that strategy was not going to be enough to beat DKR Engineering at Paul Ricard.

Meanwhile in GTE, the Iron Lynx Ferrari team was able to celebrate victory as Matteo Cressoni, Rino Mastronardi and Miguel Molina took their second win and solidified their grip on the championship.

Ollie Hancock dominated the opening proceedings in his pole-sitting TF Sport Aston Martin before his lead was virtually wiped out by the safety car, diminishing the chance of a victory against the Porsches and Ferraris.

The most notable incident came when Manuela Gostner’s Iron Lynx Ferrari was spun by Hollywood actor Michael Fassbender's Proton Porsche mid-way through the second stint, taking both cars out of contention for victory.