The DTM's first season under GT3 regulation ended in controversial circumstances at the Norisring street circuit in Germany, with Red Bull's Liam Lawson losing the title by three points to Mercedes driver Maximilian Gotz due to factors largely outside his control.

First, van der Linde attempted to pass him for the lead by cutting the Turn 2 hairpin at the start, bending the steering arm of his Ferrari and leaving him without a chance to fight back into points.

Then, with the end of the race in sight, Mercedes blatantly asked both long-time race leader Lucas Auer and second-placed Philip Ellis to give up their positions, allowing Gotz to come through from third and claim victory - and with it snatch the drivers' title from Lawson.

"We don't want to comment on any situation that happened on the track today," he told German broadcaster ran.de.

"It's just a disgrace for the sport what happened on the track again today.

"We could have all fought it out fair and square today and the better one would have won. Unfortunately, that wasn't the case."

Lawson entered the final race of the season 22 points clear of Gotz after claiming three bonus points for his fourth pole of the season, but couldn't add to the tally after taking a severe hit to his Ferrari at the start. 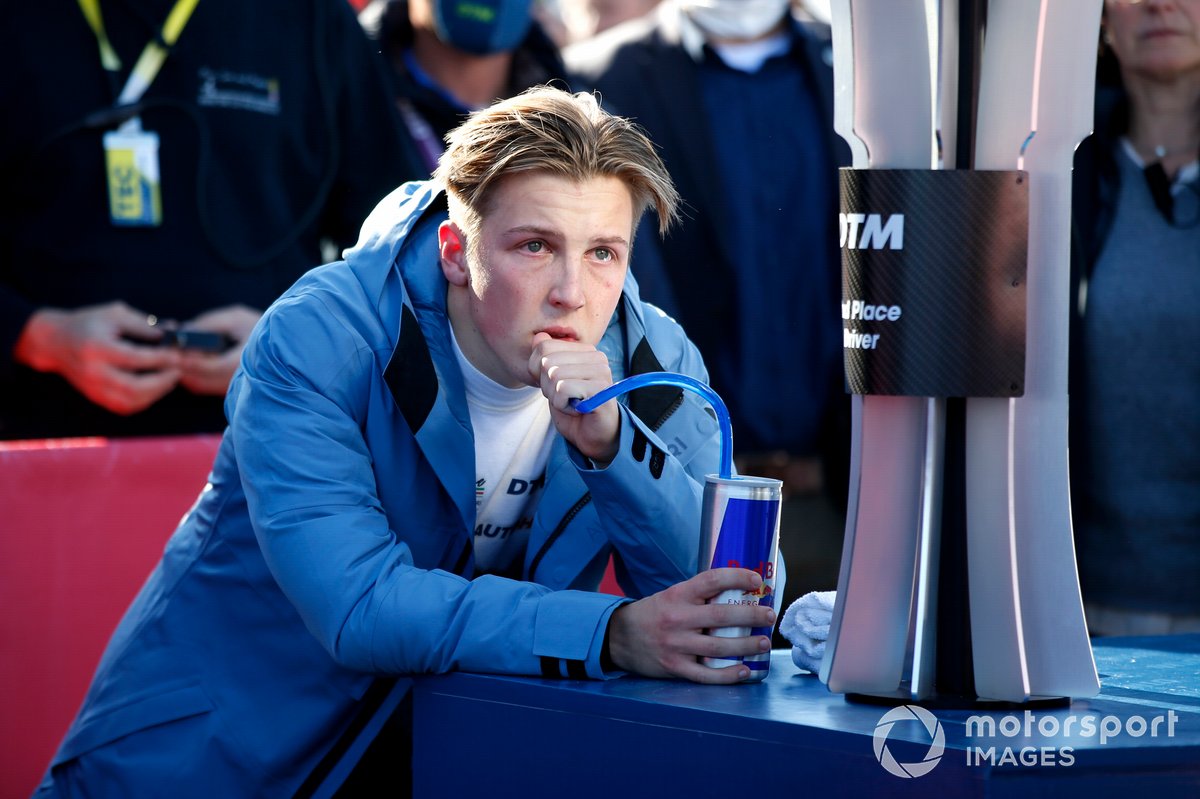 The damage to his car was such that he was lapping 20 seconds slower than the leaders on a 1.4-mile track and was never realistically in a position to break inside the top 10.

This raised the possibility of the Kiwi interfering in the championship battle every time he was lapped by van der Linde and Gotz, but he continued to drive cleanly and allowed the leaders to pass him whenever he was shown a blue flag.

"Liam could have done a lot of damage today [but] he didn't do that," said Riechert.

"That's not our standard, we don't do that. We won't do that in the future either.

"I think Liam showed a lot of greatness today by rising above it."

Van der Linde's attempt at passing Lawson into the tight hairpin at the start drew widespread criticism, especially after a similar move failed to yield the desired results in Saturday's opening race.

However, three-time DTM champion Rene Rast defended his protege and fellow Audi driver, arguing that he had no choice but to try and overtake his main championship rival at the start.

"He knew he had to take a risk," Rast told ran.de.

"It wouldn't have been enough if he had just rolled to the finish behind Liam because he was 19 points behind.

"Of course, in the end it looked on TV like he was a bit too late and too aggressive again, but I think he was so motivated at that moment to take the lead that then the incident happened.

"For the boy it's all about everything. This is his first year in the DTM and he wanted to win the championship."